Skyrim's getting a new Anniversary Edition in November 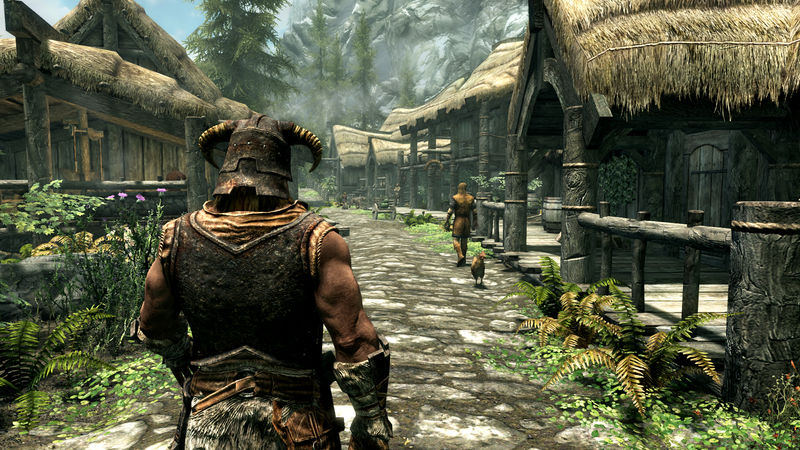 4
Skyrim is ten years old this November and, to celebrate, Bethesda is launching yet another version of its much-loved fantasy RPG - appropriately titled the Anniversary Edition - on PC, Xbox, and PlayStation. Oh, and fishing's coming too.

Announced during QuakeCon's Skyrim panel, the Anniversary Edition arrives on 11th November - exactly ten years after the launch of the original version - and bundles together 2016's Skyrim Special Edition and a healthy chunk of additional content.

Specifically, it'll feature over 500 Creation Club elements - Creation Club being Bethesda's curated pool of officially sanctioned mods, which would usually need to be purchased with credits - including quests, dungeons, bosses, weapons, and spells.

Players that already own Skyrim's Special Edition will be able to upgrade to the Anniversary Edition (Bethesda is yet to say how much the upgrade will be), and there's a free Special/Anniversary Edition next-gen update on the way for PlayStation 5 and Xbox Series X/S. Finally, all Skyrim players will be able to grasp rods and dip into a free new fishing feature, which makes an appearance around the 3:30-minute mark in the livestream above.

That's not the end of Skyrim's tenth anniversary celebrations, however; Bethesda has also announced it'll be holding a special concert at Alexandra Palace Theatre on 11th November, featuring the game's original score performed by the London Symphony Orchestra and London Voices Choir. You'll be able to watch it on YouTube and Twitch.

"Skyrim's getting a new Anniversary Edition in November" :: Login/Create an Account :: 0 comments