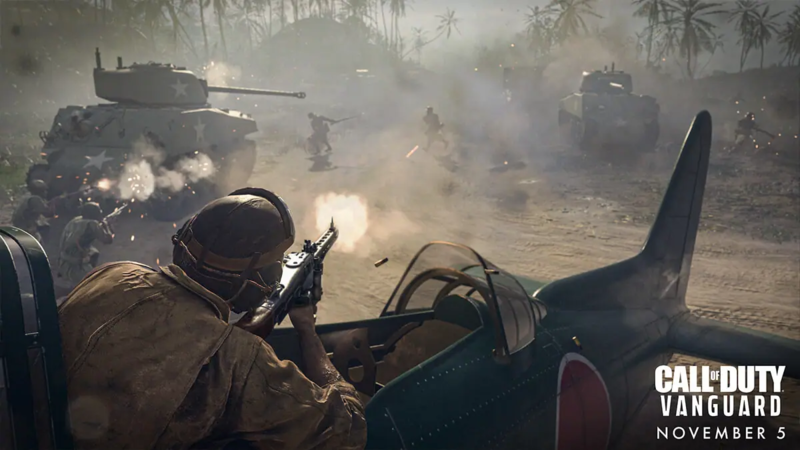 3.5
Along with revealing a litany of other details associated with Call of Duty: Vanguard today, developer Sledgehammer Games also informed fans of how many multiplayer maps the next installment in the long-running series will contain out of the gate. And while a Day 1 multiplayer map count might usually not be a big deal, this year's entry is notable in this regard because it's breaking records for the franchise.

In total, Call of Duty: Vanguard will boast 20 maps in total at launch. If that sounds like a pretty large amount, well, that's because it is. Sledgehammer Games has said that this is the most maps that have ever launched with a single Call of Duty game. However, there is one specific criteria with this total. Of the 20, only 16 will be actual "core" multiplayer maps. The other four will then belong to an additional game mode called Champion Hill.

20 maps will be available at launch. 2️⃣0️⃣‼️

That's the most we've ever had from day 1. GG's @SHGames. pic.twitter.com/KsxqK7GYYU


So what's Champion Hill, you might ask? Well, that's a great question and is something that Sledgehammer Games hasn't said much about. Clearly, it's a secondary multiplayer game mode of some sort, but that's all we have really been told at this point. More details on this mode will surely be revealed in the future though, so stay tuned.

In case you didn't catch the news earlier today, Call of Duty: Vanguard is poised to release later this fall on November 5. It will be releasing for PlayStation 5, PlayStation 4, Xbox Series X, Xbox One, and PC platforms.

Never expected 20 maps for launch. I just hope the AC isn't some chump shit since they seem to think flexing 50k cheaters banned is a significant number.