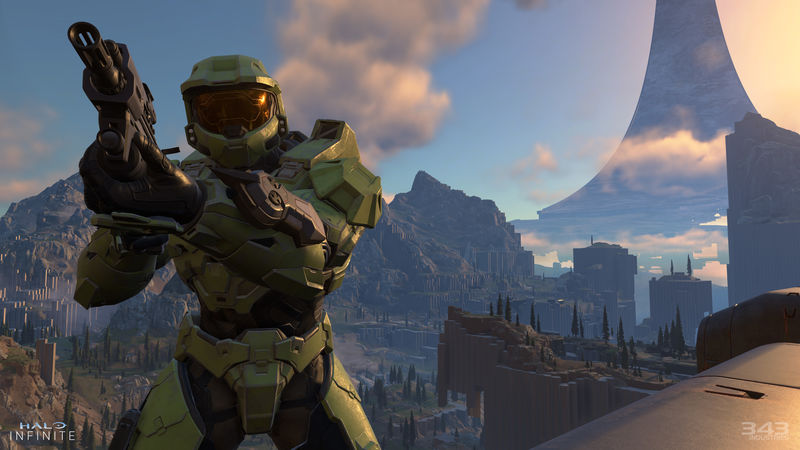 4.3
Xbox and one of its partners may have just accidentally leaked the Halo Infinite release date, or at least a Halo Infinite release window that's more specific than "holiday season." The fall season is approaching, yet Halo fans still have no word of when Halo Infinite will release on Xbox One, Xbox Series X|S, and PC. Amidst this silence from Xbox and 343 Industries about the game's release date, there have been rumors and scuttlebutt suggesting a delay to 2022 may be in the plans. That said, a new leak suggests this isn't the case.

A new image -- courtesy of ModernWarzone -- has revealed that Pringles and Xbox have teamed up to offer Halo Infinite players Double XP codes. And as ModernWarzone points out, if any of this sounds familiar, it's because these types of promotions leak things all the time.

According to the can of Pringles, the promotion begins on September 15. Given that this is less than a month away, it's unlikely this is the game's release date. It's possible but unlikely.

If this isn't a release date leak, then it likely means this promotion is for some type of beta, presumably an open beta. In other words, it's possible a beta will begin on September 15. If this happens, it may mean Halo Infinite is October-bound, depending on how long said beta is.

And of course, it's possible neither of these things is true. The promotion runs until January 31, 2022, so it's quite possible the starting date means nothing because this end date certainly means nothing. 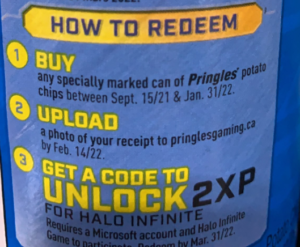 At the moment of publishing, neither Xbox nor 343 Industries have commented on this can of Pringles nor the speculation it has created. Until this happens, take everything here with a grain of salt. Not only is all of this information unofficial, but it's laced with speculation.

Link? For personal use only