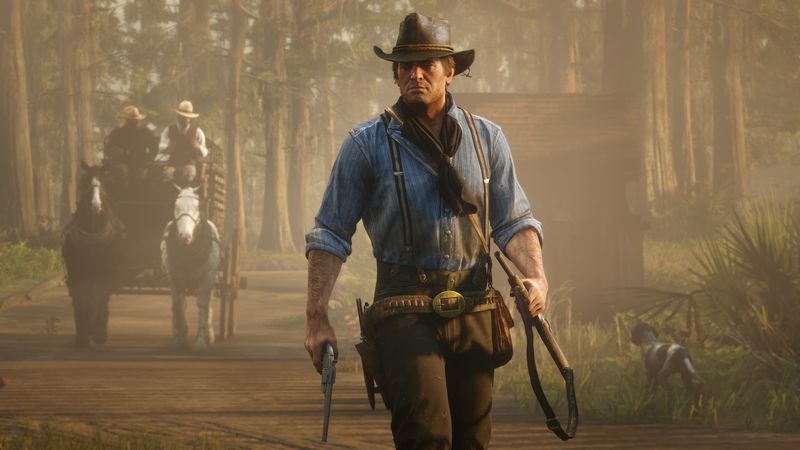 3.8
Rockstar Games has seemingly revealed Arthur Morgan's original design in Red Dead Redemption 2, which looks similar to the final design, but also noticeably different. Over the years, Rockstar Games has created some popular protagonists, from Niko Bellic to Jimmy Hopkins. However, its best protagonist to date is no doubt Arthur Morgan, partially thanks to Roger Clark's terrific performance as the character, but largely because of the writing behind the character.

In terms of character design, there's nothing really special about Arthur Morgan. He looks like a cowboy outlaw from the late 1800s. In other words, he looks exactly like he's supposed to look. That said, an early design of the character reveals a design that depicts Arthur Morgan with a slightly different vibe.

The reveal came during GDC 2021, courtesy of Rockstar Games' Tobias Kleanthous, the Lead AI and Gameplay Programmer who gave a special presentation all about making horses for Red Dead Redemption 2. And on a slide during this presentation, there's concept art that looks like Arthur Morgan is revealed.

No idea if that's an early version of Arthur considering the character is wearing his outfit. I love how he's riding a bike though haha. pic.twitter.com/NAkjVmWk4L


Now, it's worth noting that Kleanthous didn't make note of the concept art or say it's Arthur Morgan, but it's unclear who else it could be given that the character is wearing one of Arthur's outfits. It could be a generic character, but this seems unlikely.

Red Dead Redemption 2 is available via the Google Stadia, PS4, Xbox One, and PC.

This is pretty cool to see!