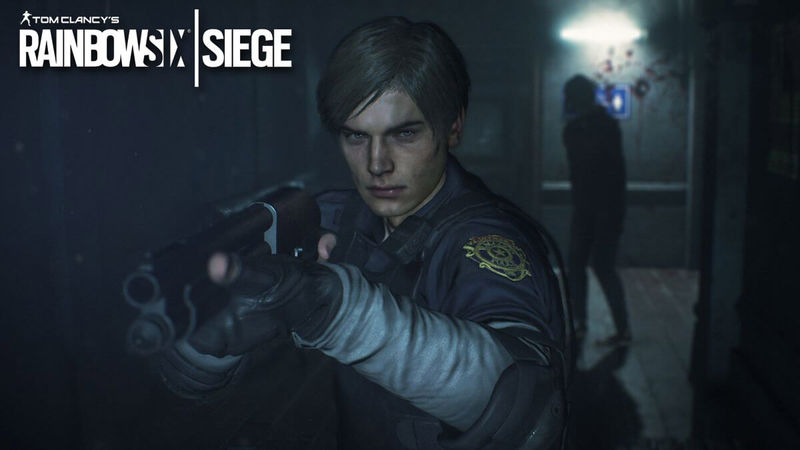 3.3
Rainbow Six Siege continued its Resident Evil crossover this week with the release of yet another themed cosmetic for one of the game’s Operators. Lion is the one to receive this latest Resident Evil skin that turns the Operator into Leon S. Kennedy, the Resident Evil character popularized in games like Resident Evil 4 and other titles throughout the series.

The new Resident Evil skin that’s been released in Rainbow Six Siege can be seen below in a brief trailer that shows off the Leon S. Kennedy version of Lion. While the Operator still looks mostly the same as far as the face goes, he’s got a hairstyle more in line with Leon’s look. The outfit is the most noticeable change since it now features dark clothing and Leon’s tactical gear he’s seen wearing in the games.

Looks like we got a rookie joining the team! The “Leon S. Kennedy” Lion Elite Skin is available now in Rainbow Six Siege. Get it today and showoff your EE-ONE-D skills in your new Leon S. Kennedy uniform, headgear, weapon skin and more! pic.twitter.com/NuXwW8m0Np


While the skin is the highlight, the “Lion Elite Set” featuring Leon comes with a bit more than that. Below is the full list of everything that’s included in the set:

Though this skin has only just now been released in Rainbow Six Siege, there’s a chance that players have seen it before. That’s because it leaked prior to its release like most things tend to do in Rainbow Six Siege. The skin was unofficially revealed back in June where it was suggested that the cosmetic would indeed be given to Lion, a leak that turned out to be accurate now that the skin’s officially been released.

Prior to Lion getting his Leon skin, Jill Valentine came to Rainbow Six Siege first. That cosmetic was released back in March for Zofia, another of the game’s Operators. It’s unknown how much more we can expect from this Capcom-Ubisoft partnership, so players could end up getting even more Resident Evil skins in the game in the future.

Nice to see some great skins for this game