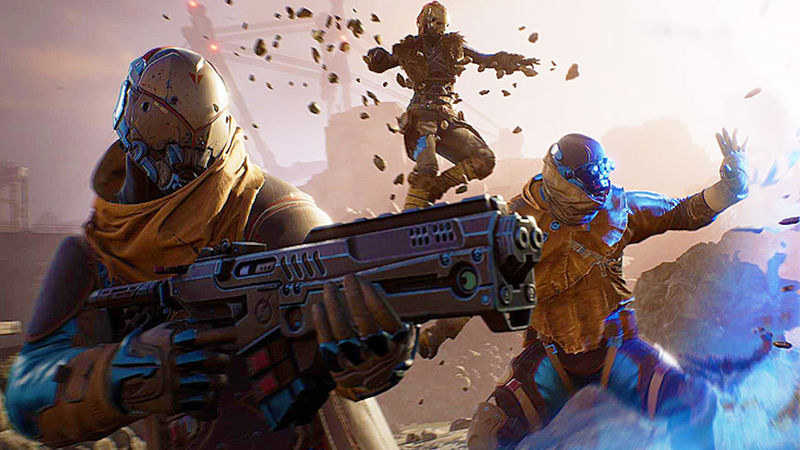 3.8
People Can Fly apparently hasn’t received any royalties from Outriders, and staff at the company don’t know how many copies of the game have been sold.

The Polish PCF Group – parent company of People Can Fly – has not received money from Square Enix following the launch of Outriders earlier this year, according to a new statement on the developer’s website (thanks, Eurogamer.pl).

The statement, written in Polish, notes that the agreement the company had with Square Enix promised that People Can Fly would start receiving a portion of profits from the game once production, distribution, and promotion costs had been covered. The studio has yet to receive any royalties from Square Enix, though, suggesting that the game has not sold well enough to cover production costs.

Given that Outriders saw over 3.5 million players during its first month, that’s quite surprising.

“We do not have any data on the sales of Outriders,” said Sebastian Wojciechowski, the president of PCF Group (translated). “We estimate it at between 2 and 3 million copies and assumed that this was a result that would ensure the project’s profitability in the first quarter of sales.

“If the publisher fails to pay, it probably means that Square Enix doesn’t think that is the case. Failure to achieve profitability levels may also mean that publisher costs are higher than expected.”

It stands to reason that royalties could come in, in the future: if the game profitability picks up over the next quarter, for example, Square Enix could begin feeding cash back to the studio then.

The main issue appears to be that People Can Fly has been kept in the dark about sales and the minutiae of the financial situation regarding Outriders, though it seems Wojciechowski and his staff are hopeful that this will change in the coming days and weeks.