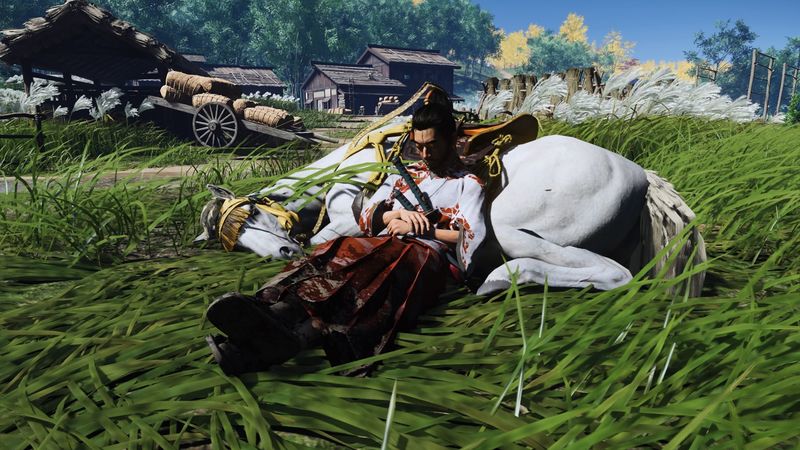 3.5
Ghost of Tsushima has disappeared from the PlayStation Store, with the Director's Cut of the game set to release later this week.

As first noted by Wiredup Report, Ghost of Tsushima has quietly been delisted by PlayStation from the PlayStation Network Store. We've confirmed via PS4 and PS5 that the original game currently isn't available for purchase. The delisting came without warning or an official announcement from the publisher, and those who wish to purchase Sucker Punch's game will now have to buy the Director's Cut edition, which launches later this week on August 20. We've contacted PlayStation regarding Ghost of Tsushima's delisting, and will update this article with any comments.

It's pretty easy to guess why PlayStation has elected to delist Ghost of Tsushima from the PlayStation Store. The publisher is obviously trying to funnel potential new players to the upgraded Director's Cut edition of Sucker Punch's 2020 action game, which includes the brand new Iki Island Expansion, as well as a host of other PS5-exclusive features including 60 frames per second gameplay.

Still, if anyone did want to go and experience the original game from Sucker Punch, as it launched in 2020 prior to the arrival of all the new features in the Director's Cut, they're fresh out of luck, and would need to obtain a physical copy of the game, likely through a second hand purchase.

More options are never a bad thing. Nonetheless, if you are eagerly awaiting the re-release of Sucker Punch's game, Ghost of Tsushima Director's Cut launches this week on August 20, for both PS4 and PS5. Pre-load is available right now on both consoles, but only if you're purchasing the full edition of the game as a newcomer, and not upgrading your existing copy of Ghost of Tsushima for the game's re-release.