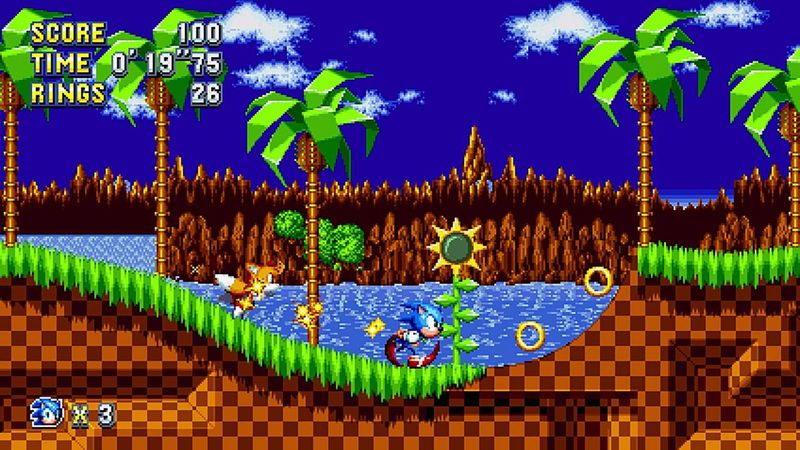 4.2
When Sonic the Hedgehog celebrated its 20th anniversary, the title released late in 2011 paved the way for a change. As Sonic Generations came out, Sonic Team was quick to say it would be the only game to feature Classic Sonic, the 2D playstyle of Sonic as its own character. It seems that saying that was a bit pre-emptive, as ten years later, Sonic Team has said in an interview that the nostalgic Sonic will continue to be part of the franchise's future.

Sonic Generations was a unique title in that it featured not one, but two playable versions of Sonic the Hedgehog. The game saw them running through stages from the hedgehog's releases up to Sonic Colors' Planet Wisp. It was a game to celebrate the franchise's history as a whole and was met with great success, to which Sonic Team took note of the fan response.

In an interview with gaming magazine Retro Gamer, Takashi Iizuka specifically states that positive feedback from the fans was why he and the rest of Sonic Team changed their minds. He proceeds to say that it's due to the success of Generations and Sonic Mania, a recent 2D Sonic outing, that Classic Sonic has a place that will "hopefully be part of the blue blur's future."

There are no specifics from Sonic Team's figurehead in the interview other than that statement. There's no telling if he means things like merchandise, or even as far as having Classic Sonic remain playable like with Sonic Generations, and again with Sonic Forces. At the very least, the lighter-colored, pudgier Sonic is sticking around in any case.

Even though it's not made clear just what role the retro hedgehog now plays, fans have been discussing the concept of the Sonic franchise focusing on both 2D and 3D titles alongside each other since Generations. With projects like Sonic Mania, and how some Sonic fans prefer the older titles to recent ones, the idea is nice to consider if it means similar projects will get green-lit.

On the other hand, a franchise with split identities may not help those who feel differently. Some have argued that a series split between the two playstyles will only worsen Sonic's touch with the fans, something that's been a constant issue in recent years. Just what will happen will have to remain a mystery until Sonic Team is ready to reveal more, but those that like Classic Sonic should be excited.