Quake remake with “additional content” is coming from Wolfenstein devs 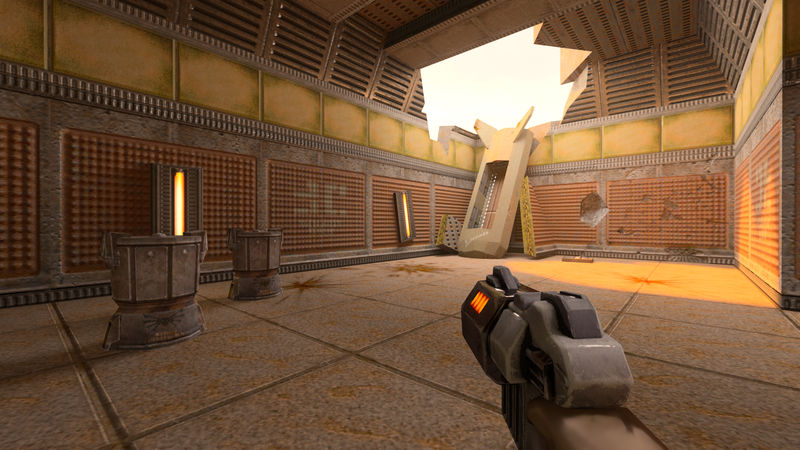 4.6
Something called the ‘Quake: Revitalized Edition’ has been leaked, and will seemingly get a reveal at QuakeCon next week. It seems like it will be a Quake remake or remaster for the series’ 25th anniversary, and is being produced by Wolfenstein: The New Order developer Machine Games – which is also providing “additional content” for the game.

QuakeCon 2021 kicks off this Thursday, August 19, and the schedule for the event says that the event will kick off with a celebration of 25 years of Quake, which is hosted by id Software and – despite the continued absence of Wolfenstein 3 – Machine Games.

This seemed innocuous, except a now-deleted description of a later QuakeCon ‘Let’s talk Quake’ chat hosted by Digital Foundry (spotted and snapped by Xbox Era) starts with the confusing and exciting phrase “Quake is back” – along with the accidental reveal of a “revitalized edition” of presumably the first Quake, which it states Machine Games will be providing “additional content” for.

There have actually been a lot of rumours pointing towards a Quake remake for a while now. Back in June, industry insider Shpeshal Nick stated that it was coming and Machine Games was involved. A few days later, a mysterious id Software game with violence and online elements called ‘Project 2021B‘ popped up on the Australian ratings site.

As for Machine Games itself, for Quake’s 20th anniversary the studio released a free expansion for the game in the form of a whole new fifth episode – which may well become official soon, if it gets included in the upcoming remake.

Happy 20th to Quake @idsoftware! As a gift to the fans, we created a new episode of the game https://t.co/BTgju8tLuI pic.twitter.com/gHlxBgjcBU


As for the Quake revitalized edition’s release date, we can only theorise. The previous id Software project on the Australian Classification site, Project 2021A, turned out to be Doom 3: VR Edition – and that was released three months later. Who knows, Bethesda may even choose to drop it the moment it’s announced during QuakeCon. We’ll find out next week.