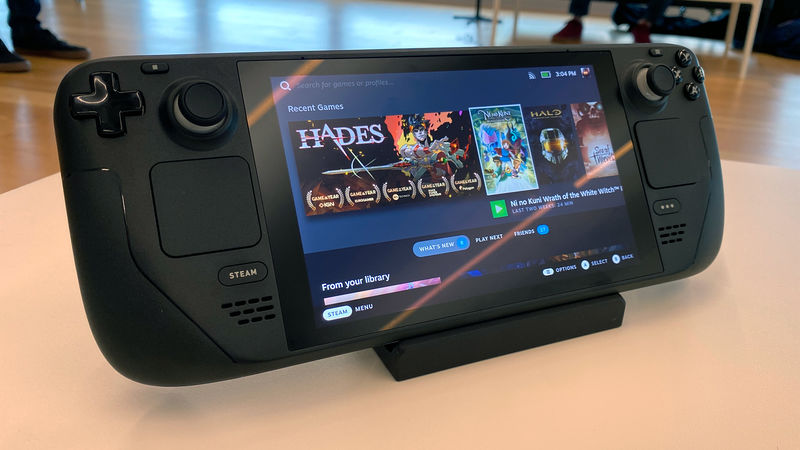 4.2
Valve's upcoming Steam Deck has turned heads for its potential to provide PC-quality gaming on the go. While accessing a user's own list of Steam games is likely enough to satisfy many, it now appears that the handheld Steam Deck will also support one of the major players of the game streaming world: xCloud.

Valve announced the Steam Deck not too long ago, and it was quickly swarmed by users looking to pre-order the unit. While the vast majority of gamers won't have a chance to try it out until their orders arrive, a few major players of the industry have been invited by Valve headquarters to give it a whirl, now including Phil Spencer, Vice President of Microsoft's gaming division.

Phil Spencer took to Twitter to briefly talk about his hands-on time with the Steam Deck, which he has been tinkering with for a week. Spencer mentions that Halo and Age of Empires play well on the device, but the big surprise came at the end of the tweet, when Spencer revealed that 'xCloud works well' on the handheld console. 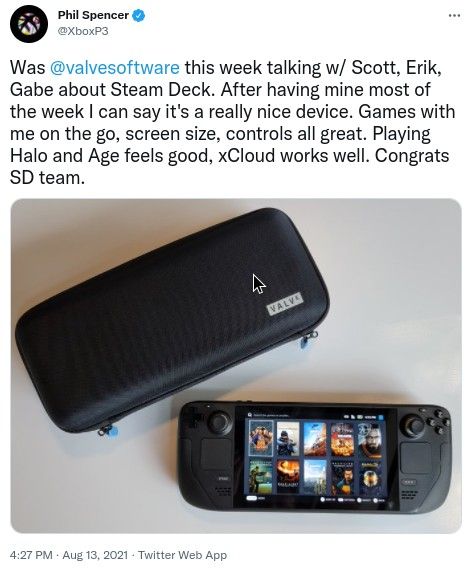 This is the latest reveal of an outside service functioning or being compatible with the Steam Deck. While the Deck has been marketed as a gaming on-the-go device, it's essentially a Linux-based mini computer, making it eligible to install anything that someone would expect to be able to on a Linux-OS PC. As such, it's previously been revealed that the Steam Deck should be compatible with other storefronts, like Epic Games Store and Origin, in addition to working with external peripherals from other companies, like the standalone Oculus Quest VR headset.

While some gamers still have their doubts regarding the Steam Deck given the company's history with other discontinued or failed hardware, like the Steam Link and Steam Machines, it hasn't held back the hype. All three versions of the Steam Deck currently have a pre-order ship window of 'After Q2 2022,' which could mean fans pre-ordering now are likely to wait around a year for their systems to arrive. While other PC-style handheld gaming systems have been designed and manufactured previously, the automatic connection to the Steam storefront, long-lasting battery life, and relatively accessible price has whet the appetites of many.

Ultimately, having xCloud available on the Steam Deck is great news for gamers, as well as Valve and Microsoft. Gamers who have already been enjoying access to titles on both their Xbox Series consoles and the PC will presumably be able to seamlessly continue their experiences on the handheld, encouraging fans to continue subscribing to Xbox Game Pass Ultimate while investing in a Valve product at the same time. Time will tell if the unit can live up to the hype, but if anything holds it back, it doesn't seem like compatibility will be the issue.