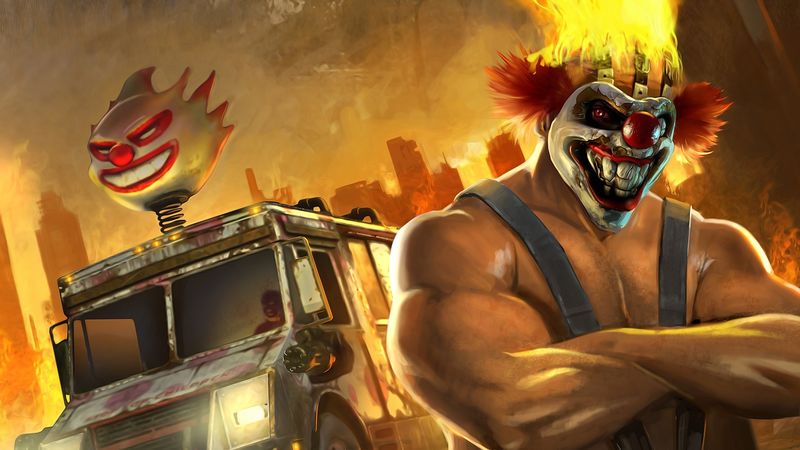 3.8
It looks as though a new project associated with PlayStation's classic video game franchise, Twisted Metal, will be coming about at some point in 2023. Although details are sparse at this moment, one reputable video game insider has teased today that something related to the franchise seems to be on its way. Whether or not this project could take the form of a new video game, or is instead just associated with the upcoming TV series, however, still isn't known.

According to Tom Henderson, who is an often-accurate video game industry insider, Twisted Metal seems to be gearing up for a return in the pretty near future. Over on social media this afternoon, Henderson shared an image of Sweet Tooth, who is essentially the face of the Twisted Metal franchise, alongside the date "2023." Henderson didn't go on to say anything else about what he could be referring to with this tease, but many responses quickly grew excited at the idea of a new installment in the video game series coming about. For reference, the last Twisted Metal title that came about released in 2012 on the PlayStation 3.


In all likelihood, this tease from Henderson is likely referencing the upcoming television show rather than a new video game being in development. PlayStation Studios itself confirmed earlier in 2021 that the series is in development right now and is coming from the same writers of Deadpool. Considering that work on the show is still in the early stages, a release at some point in 2023 seems quite feasible.

Although it seems likely that Twisted Metal will be coming back soon, it's important to take this entire tease with a grain of salt. Even though Henderson tends to have a good track record, he's often more known for his scoops related to the Call of Duty and Battlefield franchises. As such, don't get too carried away with whatever this tease might be in reference to.