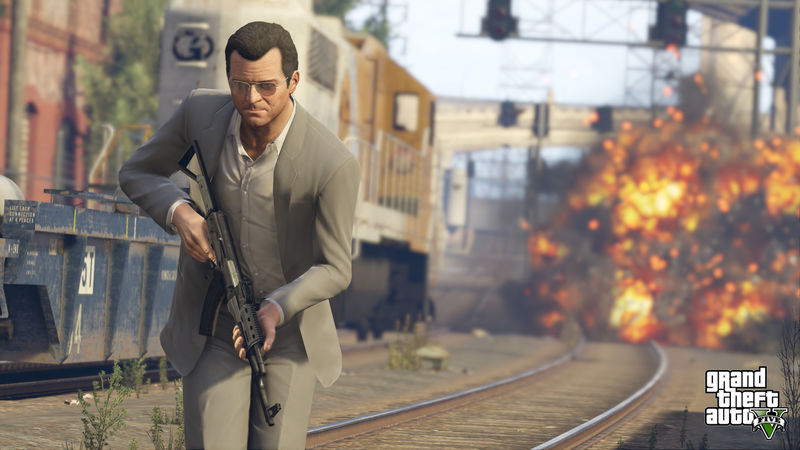 3.7
Eight years on from its initial launch, GTA 5 still generates just short of $2.5 million per day for Rockstar.

GTA 5 is a juggernaut of a game unlike anything the industry has ever seen before. By the end of 2021, it will have launched on three different generations of consoles. Not a game that has faded from the spotlight and returned, but one that's popularity has remained, if not improved during the almost eight years it has been on the market.

If you need proof of that or a reason why Rockstar is in no rush to replace GTA 5 with GTA 6, then you need to look no further than a study by NetBet. The study covers a 24 month period all the way up until August 2021 and includes data on how much top-earning games made over that period.

GTA 5 generated $911 million in revenue during 2020. An impressive figure by itself that is made even more so when compared to 2019 and broken down even further. The number was a 53.11% increase when compared to how much people spent on GTA 5 and GTA Online in 2019. Clearly, a lot of people gave it a whirl and became hooked during the pandemic. When broken down, it works out as just shy of $2.5 million per day, and $1733 per minute.

If all of that wasn't staggering enough, it seems almost nailed on that 2021 will be an even bigger year for GTA 5 by the time the year is done. GTA Online has been hit with a number of big updates this year, including the recent Los Santos Tuners update. Those of you who have played it may have seen players walking around in circles. If so, ignore them, they're just grinding RP.

The biggest money-spinner of the year for GTA 5 will be the arrival of its aforementioned enhanced version. Slated to launch in November, PlayStation accidentally let slip that the updated game will run at 4K 60fps on PS5. No word yet on its specs on Xbox Series X, but it seems likely they will be the same as the PS5.

Yeah reading this makes me worried about the future of the GTA franchise.

GTA VI will happen at some point, they clearly are in no rush though.

Yeah reading this makes me worried about the future of the GTA franchise.

well that's a lot of money for a older game!