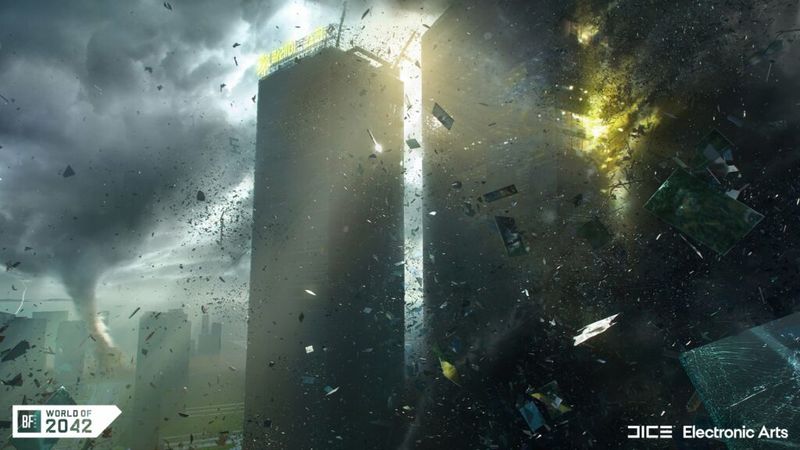 4.6
With the release of Battlefield 2042 looming, DICE has released new images showing the game’s destruction.

It seems like an eternity since the first bits of Battlefield 2042 information leaked, with even myself claiming that the next entry to the Battlefield franchise will have Levolution on steroids. However, since the game’s reveal, not much has been given away by DICE and EA in regards to Battlefield 2042’s destruction. To many players, destruction is a fundamental part of any Battlefield title and the lack of information on the feature has left fans concerned.

Only a few mentions of destruction have been mentioned when it comes to Battlefield 2042, with EA’s CEO Andrew Wilson stating the game will have “game-changing destruction” during the EA Q4 2021 earnings call. Since then, not much more has been revealed, but new images seem to indicate that we’ll be getting much more information on the feature in the near future.

BATTLEFIELD 2042 DESTRUCTION REVEALED
In the past few days, DICE has been updating its website and social media channels with new images of a standalone short film named Exodus. The 9-minute long film will premiere on August 12, giving fans the opportunity to see more on the backstory of Battlefield 2042.

The teasers leading up to the premiere reveals new images of all of the new maps coming to Battlefield 2042’s All Out War mode. Some of the new images have already shown the game’s epic destruction, with several more images likely still on the way before the short film premieres. 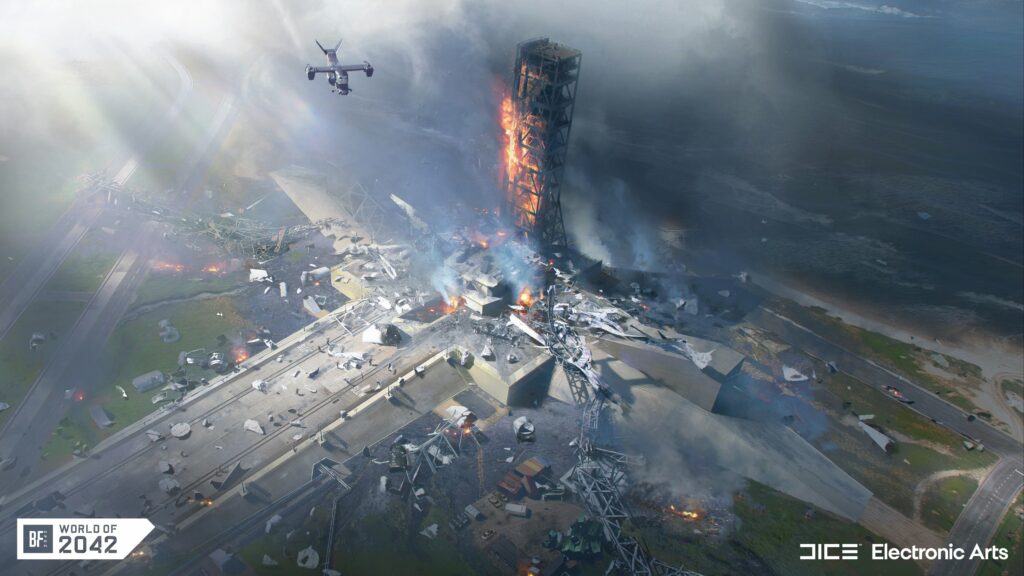 In the latest update of images, we see the destroyed rocket launch location from one of the seven maps coming to Battlefield 2042 on launch, Orbital. The image shows a huge amount of Battlefield 2042 destruction, with almost all of the buildings, scaffolding, and other structures destroyed in some way. It appears that the rocket has blown up, with pieces scattering the map in all directions, indicating that the rocket’s launch wasn’t successful. 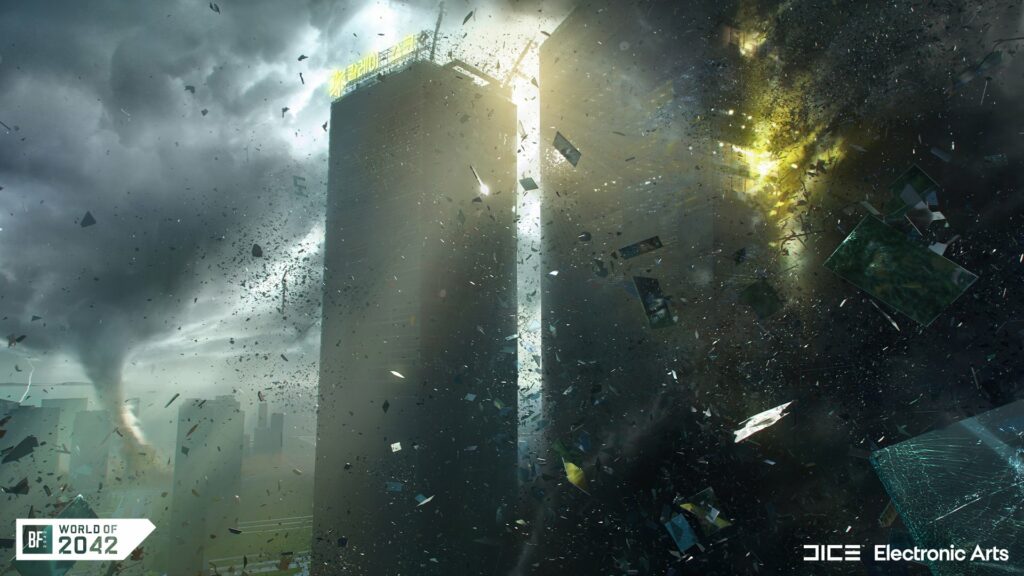 Another image of the map Kaleidoscope also shows off some destruction, with one of the skyscrapers having a huge explosion in the middle of it. Unfortunately, there’s still no word on whether or not skyscrapers will be fully destructible, but past rumours I’ve personally heard are that yes, some of them will be. But as always, leaks and rumors unless announced by the developers should always be taken with a grain of salt.

With the Technical Play Test for Battlefield 2042 fast approaching and due to take place on August 12, it won’t be long until an official announcement of the Beta is announced, so the rest of us can finally see the destruction in-game ourselves.