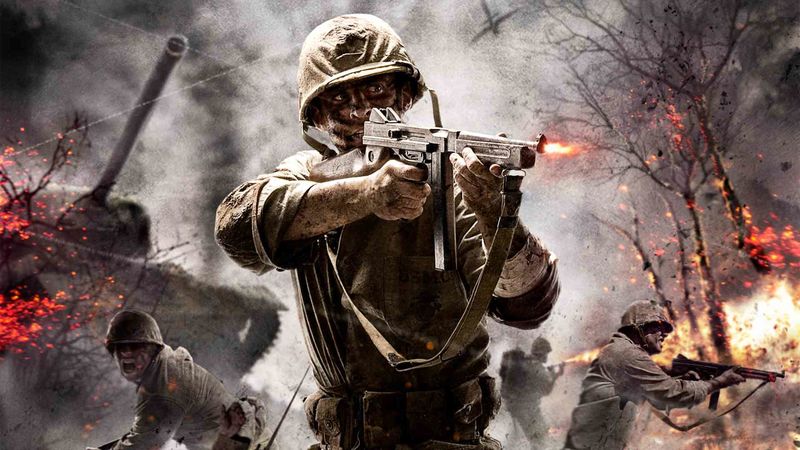 3.7
A new rumour for the Call of Duty: Vanguard reveal has been circulating the internet for the past 24 hours, with the reveal rumoured to be August 19th.

The original rumor stemmed from Twitter user @NEXTGEN_ishere, who stated the Vanguard reveal will be on August 19 at 10.45AM PDT. Everyone, including myself, dismissed the claims because the user provided no source or information to back up his claims, however, since his tweet gained traction, it was removed via DMCA by the copyright holder.

Although there’s no verification that the tweet was in fact removed by Activision, DualShockers reached out to their own sources to see if there were some truth to the claims.

After several hours of waiting, four individual people had reached out and verified that something for Call of Duty: Vanguard is happening on August 19th.

So far, none of these sources have been able to give accurate details on what the reveal or event will include, but we know it will likely feature an in-game Warzone event with explosions. Details on the event itself will be shared today with a select number of press and content creators under a strict NDA. 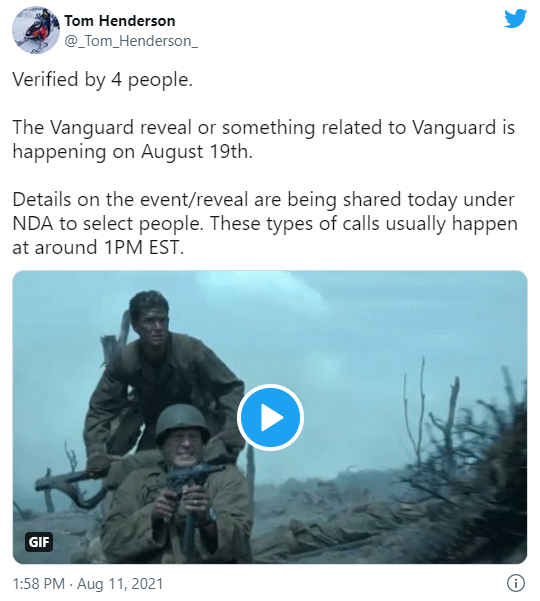 As always though, if new bits of information are released before the reveal, we’ll be sure to share them immediately.