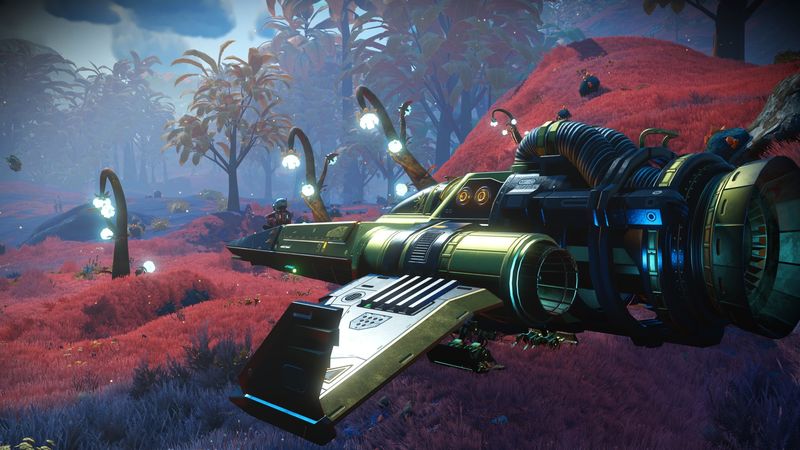 3.6
No Man's Sky celebrates its fifth anniversary today, offering a brief tease of its next major update.

No Man's Sky got off to a slightly rocky start when it launched in August 2016, but its recovery has turned it into one of the industry's biggest success stories. A new trailer, put together to mark the five years since the game's release, charts the 16 free updates that helped make the game what it is today.

Starting with the first update, Foundation, you begin to get a sense of the work that developer Hello Games was putting in after release. The real highlight, however, comes when the trailer gets to No Man's Sky Next and the community's reaction to the update, which introduced base-building, multiplayer, and a huge graphical overhaul when it arrived almost two years after the games original release.

From that point onwards, there's a look at the other major updates that have made their way to the game, like Beyond, Origins, and the recent Expeditions, as well as smaller additions like Companions or Prisms.

In addition to the rundown of the last five years, however, Hello Games had something else to show off. A teaser attached to the anniversary celebration dropped the name of the game's next update. No Man's Sky Frontiers is "coming soon," to PC, PS4, PS5, Xbox One, and Xbox Series X, as well as VR platforms. While we don't know much about what it'll offer, we do know that as with all of the game's other updates, it'll be available as a free update for existing players.