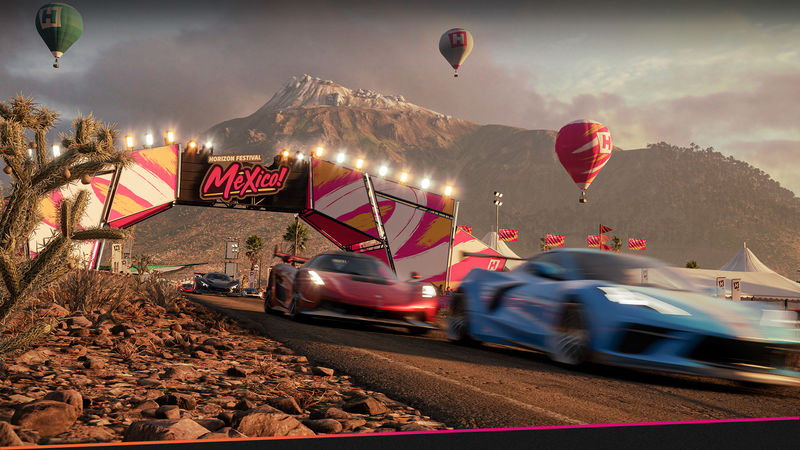 4
Prior to its launch in just a few short months, developer Playground Games has today revealed the new full map of Mexico that players will be able to traverse in Forza Horizon 5. As expected, the map itself is much larger than the location that was seen in the last entry in the series, Forza Horizon 4, and also seems to show off that there will be many more biomes to explore this time around.

Playground Games casually revealed the map from Forza Horizon 5 on its official Twitter account this afternoon. "Where we driving?" the account tweeted alongside attaching an image of the map in question. Immediately, fans in the replies began to scour through the image to get a better idea of what Forza Horizon 5 will have in store. Many took note of the vast highway, which seems to run directly through the heart of Mexico. In addition, others took note of the many different locales that are on display here. Some of these new areas included a desert, beach, mountain, and even a dam to discover.


As mentioned, perhaps the most notable thing about Forza Horizon 5 and the world that players will be able to travel about comes with its sheer size. Even though Forza Horizon 4 was already a massive game in its own right, Playground seems to have increased the scale drastically. In short, this is one title that should take up a lot of your time this fall if you're looking to see everything that it has to offer.

Speaking of release, Forza Horizon 5 actually isn't too far away from finally arriving. The game is poised to launch on November 5 and will be coming to Xbox One, Xbox Series X, and PC.