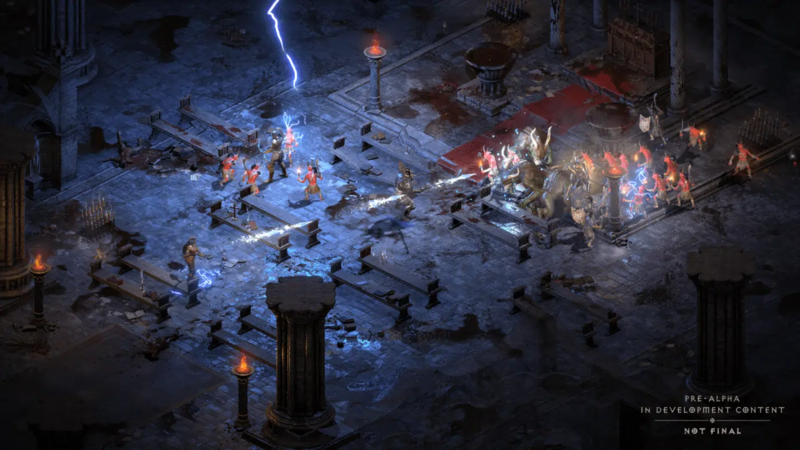 3.4
It looks as though the open beta date for Diablo II: Resurrected, which is the upcoming remaster of the classic loot-action game, has leaked ahead of its formal announcement. Although Blizzard Entertainment hasn't formally revealed these beta dates just yet, it seems as though the actual announcement should be coming quite soon as these leaked days for the trial phase are quickly approaching.

The way in which this open beta date for Diablo II: Resurrected leaked was thanks to the game's listing on the Microsoft Store. Within the past day, the game page for Resurrected mentioned that an open beta would be taking place starting on August 17, 2021. After being noticed by some fans on Reddit, the Microsoft Store listing was quickly altered to remove mention of this date. However, some were able to capture a screenshot of the launch date before it was taken down.

Based on what we know right now, Blizzard has only gone so far to confirm that the Diablo II: Resurrected beta will be happening at some point this month. In addition, it's slated to take place over the course of two different weekends. As such, it's hard to know whether or not this August 17th date will end up being an accurate one. Looking at the calendar, August 17 is actually a Tuesday, which seems like an odd day of the week for the beta to begin. Still, this could be an early access phase that might be available to some players ahead of its formal launch for everyone.

It's also worth noting that things could very much be in flux with Diablo II: Resurrected right now. Blizzard has been under fire in recent weeks after the state of California filed a lawsuit against the publisher over allegations of harassment and sexism at the company. The situation has continued to grow worse over the past few weeks and most recently resulted in the exit of Blizzard president J. Allen Brack earlier this week.