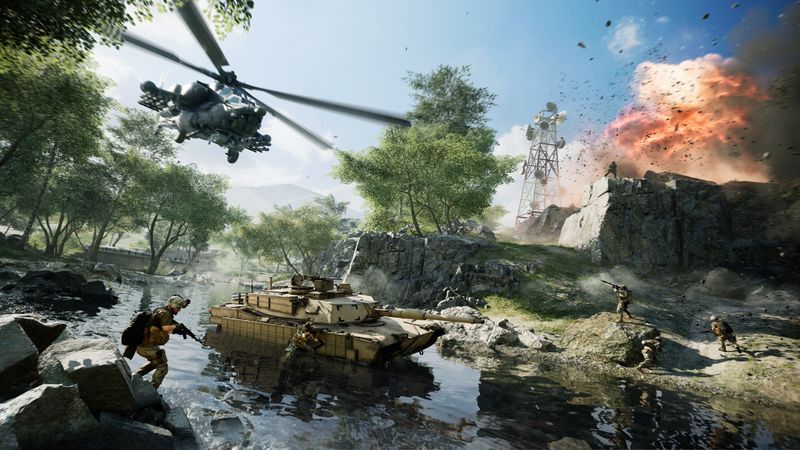 4.1
Battlefield could be going free-to-play in the future, but probably not in time for Battlefield 2042. Between, Warzone, Fortnite, and Apex Legends, free-to-play is becoming a more and more appealing model to those with the cash behind game development. If done right, you can hit the jackpot. And thus it should come as no surprise that EA isn't closed off to the possibility of Battlefield going free-to-play, or at least exploring the model.

To compete in the modern market, EA is adding more live-service elements to Battlefield, starting with Battlefield 2042. That said, Battlefield 2042 is still going to be a premium experience. However, according to EA, Battlefield is no longer a series of games, but a service.

“I think you should think about Battlefield as a service – what we’re doing for the launch of this game is really revolutionizing and reinventing what all our epic scale warfare is in the context of gameplay," said EA CEO Andrew Wilson. "In addition to that, you’ve heard us announce Battlefield Portal, which really starts to lean into user-generated content and will drive deep long-term engagement in the game."

The idea of "long-term engagement" often goes hand-and-hand with free-to-play, but again EA isn't jumping two hurdles with one leap. For now, it has no plans to transition the series to free-to-play, but it could explore the model in the future, as well as the mobile space.

“You should understand that this really forms the foundation for what we believe the future of a live service around Battlefield is, which over time will include a mobile launch, will include some free-to-enter components, and really change the nature of what happens from launch to launch," said Wilson.

For now, it sounds like EA is more interested in making Battlefield partially free-to-play -- like Call of Duty did with Warzone -- rather than transition the series completely to the model. Whatever the case, if EA is talking this way with investors, which is where the above quotes come from, then it's likely already cooking something up, but again, we probably won't see it with Battlefield 2042, which is poised to release worldwide on October 22 via PC, PS4, PS5, Xbox One, and Xbox Series X|S.