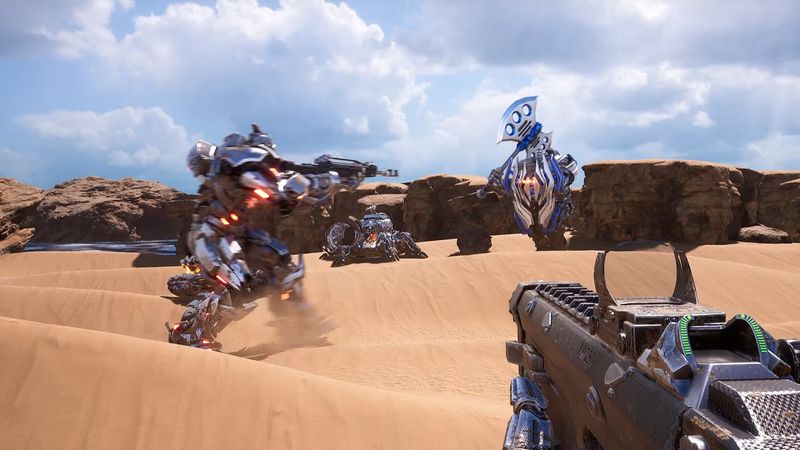 3.5
An upcoming Xbox console exclusive -- coming to both Xbox One and Xbox Series X -- has been hit with a major delay right before release. More specifically, developer TwistedRed has announced that Exomecha -- a free-to-play, first-person shooter multiplayer game previously scheduled to release this month -- has been delayed to Q1 2022, which is to say to the window of January 1 to March 31.

In a statement that accompanied the news, developer TwistedRed said the delay comes down to the team's desire to assure that the game is the "best quality" it can be. In addition to this, the developer also used the opportunity to provide an update on the game's pre-release tests.

"To provide our players the best quality and flawless gaming experience, we have decided to shift our release from August 2021 to Q1 2022," reads the statement. "We want to assure you that the additional time provides our passionate team to refine Exomecha as we've always imagined it. As, TwistedRed team, we are glad for all your support from the very beginning and thank you for understanding. As for our pre-release tests, we plan to send some private invites in September, initially, it will be PC only for quicker iteration. Then, when it's ready, we will expand our tests to more people and consoles."

For those that don't know: Exomecha was first announced back in July 2020 during the Xbox Games Showcase pre-show. Back in March, it got the aforementioned August 2021 release window. In other words, this is a pretty unexpected delay, and suggests something didn't quite go to plan as it's also a major delay. That said, for now, take this with a grain of salt because it's only speculation.