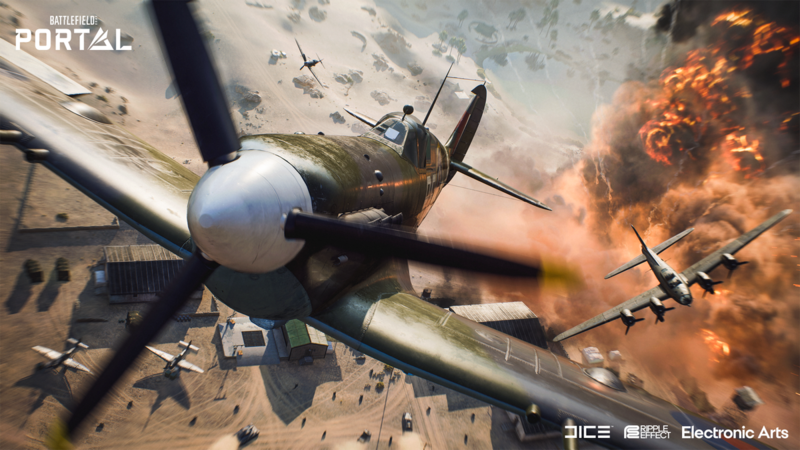 4.1
Many fans might still be waiting to actually get their hands on Battlefield 2042 (namely in the form of a beta playtest), but Electronic Arts and DICE are looking to keep their attention focused on the multiplayer shooter in different ways. Specifically, EA revealed today that it will be debuting a short film set within the world of Battlefield 2042 later this month as a way to familiarize players with the game's backdrop.

Set to be released on August 12, this Battlefield 2042 video is titled Exodus and is meant to show the in-world sequences that lead to war in this universe. "Witness the events that will trigger an all-out war in this standalone short film set in the World of 2042," DICE said in a description of what fans can expect from this film.

Witness the locations of Battlefield 2042 through the eyes of embedded journalist Kayvan Bechir starting tomorrow till August 12.


As a whole, it's somewhat interesting that Battlefield 2042 will still have some lore and narrative behind it. Unlike some previous Battlefield installments, 2042 is going to solely be a multiplayer experience, meaning that it would stand to reason that story wouldn't be a big pillar of the game. Still, even, without a campaign, those at DICE seem committed to further fleshing out this world and explaining to potential players why they're taking part in these large-scale battles to begin with. It's a pretty unique idea, even if it's one that many fans didn't necessarily ask for.

While it remains to be seen how this Exodus short film turns out, Battlefield 2042 as a whole is still slated to release later this fall on October 22. The game will be coming to PlayStation 5, PlayStation 4, Xbox Series X, Xbox One, and PC at launch. Additionally, the open beta is also set to take place next month in September.