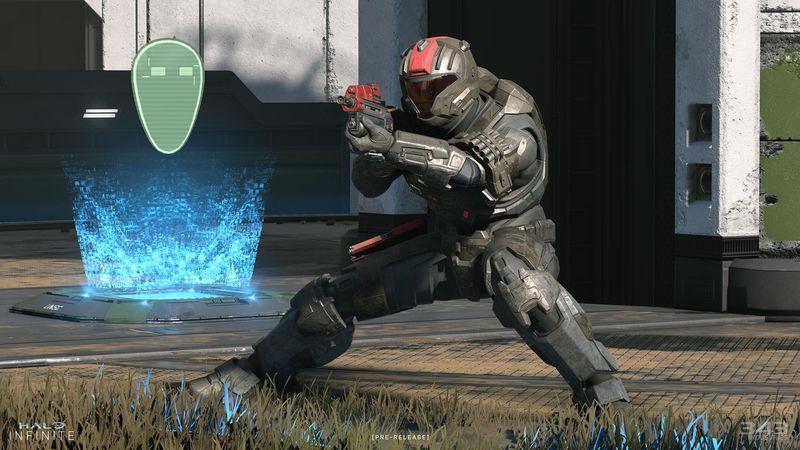 3.9
Microsoft has announced new measures to help "lower the barrier to entry everywhere" for Halo Infinite's esports endeavors, and this includes supporting cross-play and cross-input play for online tournaments, and some changes for in-person events (more on that later).

"We're excited to reveal that Halo Infinite esports will be cross play for all online tournaments," 343 said in a blog post. "Have a beefy PC rig? Great, you're ready to compete! Have a last gen console? All good, you're ready as well! Just got your hands on a sweet new Xbox Series X? Nice, you're all set!"

343's esports lead, Tashi, said there was "so much to consider" before arriving at this decision, including the experience for player and tournaments themselves, along with considerations of teams and the operators of tournaments.

"What we envisioned was an ecosystem where players had the choice. Where if they had one platform, they weren't forced to get the other if they wanted to compete. Where Halo Infinite was suddenly a game they had the choice to play when it wasn't in the past because of the platform they had already decided to invest in," Tashi said.

For physical LAN tournaments for Halo Infinite, things are different. Players competing from the pool play on the mainstage will play on a PC. Those in the open bracket will be on Xbox Series X. If you make it out of the open bracket and into pool play/mainstage, you'll move to PC during the event.

Tashi said Microsoft decided against an "all console" approach because PC has become "the standard" in esports. Microsoft also observed that people had already moved over to PC through the Halo: The Master Chief Collection's PC tournaments. Microsoft also considered an "all PC" approach, but due to the scale of the event series, this was not possible.

"It's important to keep in mind that these are fully open events with hundreds and hundreds of machines for players to compete on," Tashi said. "When we have to factor in managing all of the hardware and parts (some of which may be damaged during shipping from event to event), the increased number of variables that come into play on PC (software and hardware), drivers, networking configurations, and much more, we realized that the potential for issues to arise and the event to get massively delayed and behind schedule was far too great to risk."

"With an Xbox Series X, there are significantly fewer variables, and from an operation standpoint we have full confidence that the event will be run smoothly, and it will be a great tournament experience," Tashi said.

For players who need to transition mid-event, Tashi acknowledged this will be one of the "more unorthodox parts of the experience." He pointed out that it won't be a total shock for players who move between platforms, because the organizers will give teams "an allotment of time and exclusive access to warmup PCs" before their next competition matches on PC.

In terms of control setup, 343 is allowing players in Halo Infinite esports tournaments to use a controller or mouse and keyboard regardless of their platform. "This means you might see entire teams on controller, entire teams on MKB, or teams with mixed MKB and controller players. We will also allow for MKB players to play on the Xbox Series X at live events if they're in the open bracket," 343 said. "For those who didn't compete in Halo because it wasn't available on PC and was controller only--we welcome you with open arms and wish you the best of luck in the scene."

"We're so excited to see this entirely new dynamic come into play, Halo esports will never be the same again. As always but especially now with so many new elements, we will be watching how the scene develops and how the tournaments unfold to ensure competitive integrity is maintained."

The full blog post has more details on what's new and different for Halo Infinite esports.