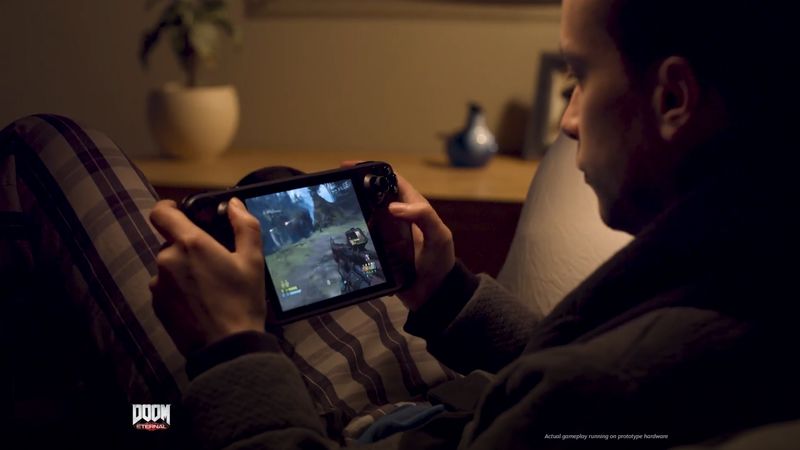 4.2
Valve is yet to find a game that the Steam Deck can't handle.

In the video below from IGN (and first spotted by PC Gamer), Valve developer Pierre-Loup Griffais explains the situation surrounding the Steam Deck's capabilities. "We've been looking at various games the past few years in the back catalog, but the real test for us was games that were coming out last year. They just couldn't really run very well on the previous types of prototypes and architectures we were testing," Griffais explains.

"This is the first time we've achieved the level of performance that is required to really run the latest generation of games without problems," the developer continues. "All the games we wanted to be playable is, really, the entire Steam library. We haven't really found something we could throw at this device that it couldn't handle."

It's quite the impressive statement from the Valve developer of the Steam Deck. Griffais goes on explain that current tendencies towards PC games, with high resolutions and boosted frame rates, actually help the Steam Deck, since it's easier for developer Valve to scale down said games to run on its new device, which generates 800p output at 30Hz.

In other Steam Deck games-related news, it was revealed earlier this week that the new device from Valve might not be capable of running some of the most popular online games, including Apex Legends, Destiny 2, and more. This is due to the Steam Deck's operating system being Linux-based, and would therefore require anti-cheat software that the Steam Deck doesn't currently support.

However, Valve countered this news by saying that they are continually looking to upgrade and improve the Steam Deck's OS, and this issue should be remedied before the device launches later this year. That's no doubt a relief to PC players looking to take their online shooters on the go, the likes of which are actually some of the most popular games on Steam right now.

The Steam Deck launches later this year in December 2021, and begins at a starting price point of $399/£349, and scaling upwards from there depending on the internal storage of the model. Pre-orders are already open, but unfortunately scalpers are already selling off pre-orders at ridiculously high prices.