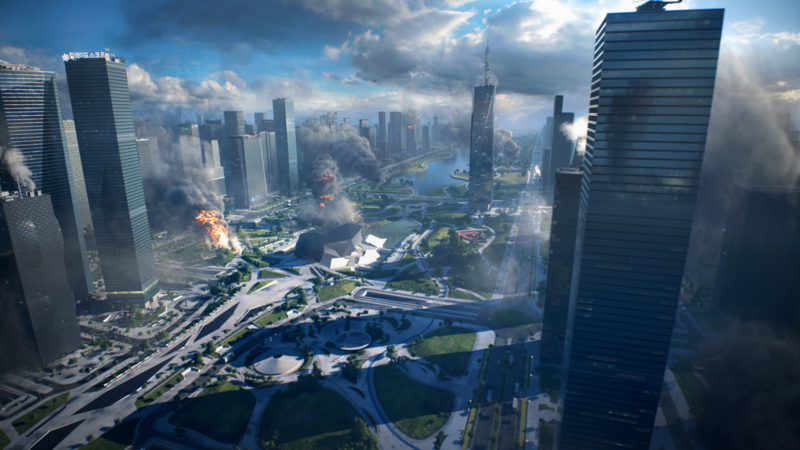 3.8
The big Battlefield 2042 reveal from weeks ago showed off one game mode and promised two more, and during Electronic Arts’ EA Play Live event on Thursday, the publisher showed off another of the modes it has planned. That mode is called “Battlefield Portal,” and it’s the one that the Battlefield creators described as a “love letter to its fans.” It pulls content from several different past Battlefield games and allows players to mix and match maps, weapons, and pretty much any match setting you’d want to mess with to create customized Battlefield experiences.

To start with, Battlefield Portal will feature six different maps from the three older Battlefield Games. Battle of the Bulge El Alamein from 1942, Valparaiso and Arica Harbor from Bad Company 2, and Caspian Border and Noshahr Canals from Battlefield 3 will all be in the mode along with all the maps included in Battlefield 2042’s All-Out Warfare mode. The older maps have been rebuilt for the new experience with better visuals, destruction elements, and support for the larger player sizes the game offers.

At a surface level, this allows you to create your own custom game modes. You can choose to pit the soldiers of Battlefield 1942 against the futuristic specialists of Battlefield 2042 against one another in objective-based modes with other tweaks beyond that.

For those who want to go deeper than that, Battlefield Portal offers the tools to do so. You can make the teams imbalanced if you want, you can change damage values for headshots and shots to the body, and you can disable attachments entirely if you want to allow specific weapons but don’t want to let people pick certain attachments for the gear. One example EA showed off during a press event prior to the reveal featured a classic rivalry of shotguns vs. snipers while another showed two teams facing off using only melee tools.

Beyond those basic and intermediate elements at play in Battlefield Portal, there’s also a logic editor that’ll let people fine-tune their creations. This feature that allows players to tweak values related to spawns and create circumstances where players swap weapons after getting kills is where matches created in this mode will become truly different from one another.

For those who aren’t big on building but are big on playing, you’ll be able to check out creations others have made assuming they’ve been made public by the creators. EA said that more content will be added to the mode as part of its live service plans, so the mode will only grow larger post-launch.

Battlefield 2042 has now had two of its three modes revealed with one more to go before the game launches later this year.