Ubisoft Is Open to Putting Games on the Steam Deck 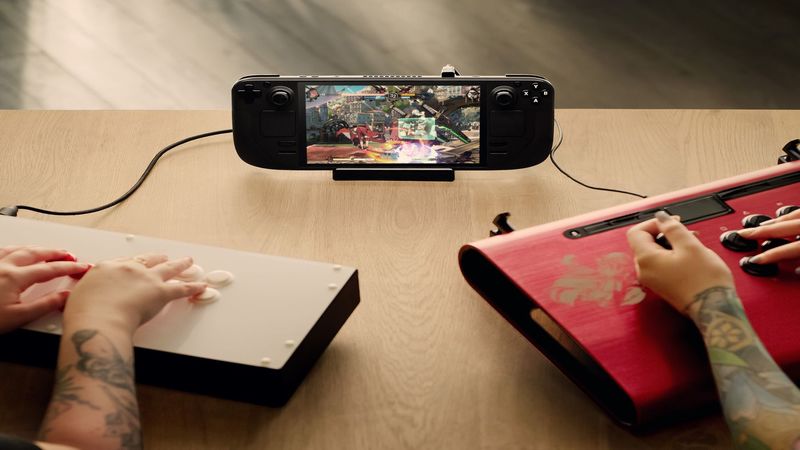 The question about the Steam Deck came up during Ubisoft’s Q1 earnings call which took place on Tuesday (via IGN). When asked about Valves new pseudo-console initiative, Guillemot gave an “it depends” sort of answer on the topic of the publisher’s games returning to Steam.


“We're happy to see Steam Deck coming to the industry, it shows that it continues a flow of very innovative new hardware coming to the market," Guillemot said during the earnings call. "So, we will look and see how big it becomes, but if it's big we will be able to put our games on it.”

It’s an open-ended answer, but it’s one that at least gives hope to those whose intersecting interests include the Steam Deck and Ubisoft games like Far Cry 6 and Tom Clancy’s XDefiant. It’ll likely take a while before any sort of deal is made especially considering how the Steam Deck won’t start shipping out to the first few buyers until December, but it’s a cooperation that could come about in the future.

Ubisoft still has games on Steam, so those would be playable on the Steam Deck, too, if you purchase them or have them in your library already. Ubisoft’s most recent listing on Steam, however, is the Space Junkies game which was added in March 2019. No upcoming releases are scheduled there, so if you want to play Ubisoft’s games on the Steam Deck, you’ll have to hope the PC performs well.

It likely will do well enough given the interest that’s already been shown in it, but some people might be waiting awhile to get their devices. If you weren’t in the first wave of those who pre-ordered it, you’ve likely seen projected shipping windows now that have the PC not shipping out until later next year.

"Ubisoft Is Open to Putting Games on the Steam Deck" :: Login/Create an Account :: 0 comments