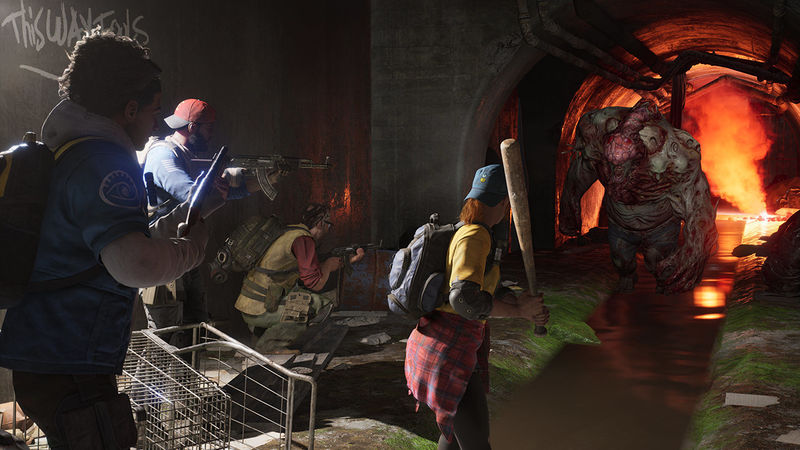 4.1
Back 4 Blood has debuted a new PC trailer showing off several platform-exclusive features.

You can check out the new trailer for Back 4 Blood just below, which debuted earlier today on July 20. The trailer itself, which is specifically dedicated to the PC version of Warner's upcoming co-op shooter, reveals that Back 4 Blood will boast an uncapped frame rate when it launches later this year in October.

Additionally, Back 4 Blood will run in a native 4K resolution, provided your rig can handle it, as well as utilizing Nvidia DLSS technology. If you're unfamiliar with the latter terminology, it's basically a tool that can majorly enhance the frame rate of the game you're playing, giving everything a significantly smoother feel.

Finally, Back 4 Blood will have ultra-wide monitor support on PC, as well as full cross-play enabled with other platforms from day one. It's nice to know that PC players will be able to join in with others across PlayStation and Xbox platforms to fight the zombie hordes as soon as Warner's new game launches.

If you're need to get up to speed on Back 4 Blood, it's basically a zombie co-op shooter game in the same vein as Left 4 Dead. In fact, developer Turtle Rock Studios even boasts some developers that worked on the original Left 4 Dead back at Valve, so you know this upcoming shooter is in good hands with tens of years of game development experience.

Back 4 Blood launches later this year on October 12, 2021, for PC, PS4, PS5, Xbox One, Xbox Series X, and Xbox Series S. While it was originally slated to launch last month in June across all platforms, Turtle Rock delayed its shooter by a number of months, but there is an upcoming beta period to look forward to, taking place early next month in August.

Additionally, Xbox Game Pass members are in for a real treat, because Back 4 Blood will be available through the Xbox subscription service on day one for no extra charge, across both PC and Xbox platforms. Turtle Rock also announced that upcoming DLC will be playable by all players in a party, if the party leader owns said DLC. That's one great incentive to keep players returning to your game.