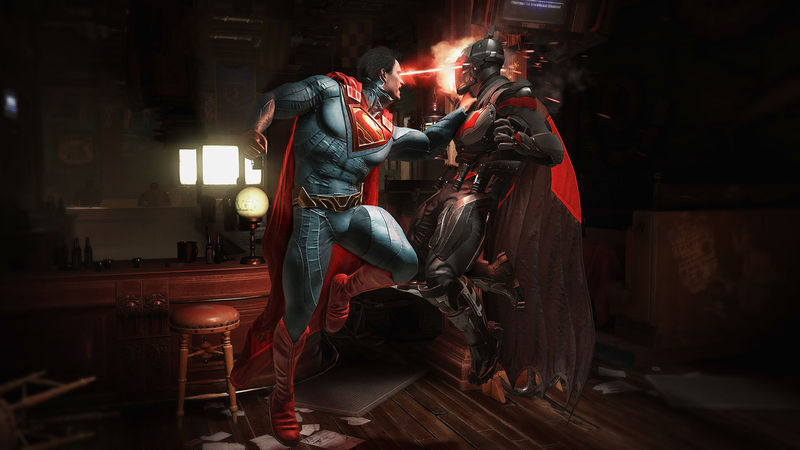 3.8
A surprising new update for Injustice 2 has been released today that might very well indicate that NetherRealm Studios is now working on Injustice 3. This development comes mere weeks after NetherRealm announced that it was ending its ongoing work on Mortal Kombat 11 and would instead be shifting its focus to a new project. And although we might still be waiting a bit longer to learn what that new game is, all signs are starting to point to Injustice 3 being the next title on the docket.

As a whole, this new Injustice 2 update doesn't do a whole lot to the popular fighting game. Even though it's around 15GB in total, this patch mainly just tweaks a number of features that were already available. However, as seen in the patch notes on SteamDB, three all-new files were added, some of which might tease Injustice 3.

These new file types that have been added to Injustice 2 are labeled as "Upsell" in the game's patch history, which seems to indicate that NetherRealm is preparing to add in-game ads of some sort to the title. While it might be hard to see how this involves Injustice 3, oftentimes, when developers are preparing to release new games, they'll advertise those new products within the confines of their previous titles. Assuming that this is a practice that NetherRealm might be looking to do for itself, it clearly seems as though the beginning stages of these in-game ads within Injustice 2 could point to a new Injustice project.

Over the past few months, speculation has been running rampant about what NetherRealm could look to do next. While Injustice 3 is widely considered as the game that the studio will cook up next, other rumors have circled indicating that the developer could work on something in tandem with Marvel. That being said, if these new in-game ads for Injustice 2 do come to fruition in the future, it would seem more likely for Injustice 3 to be NetherRealm's next game. After all, advertising for a Marvel game within Injustice 2 just seems a bit unlikely.