Steam Deck preorders are already being auctioned for ridiculous prices 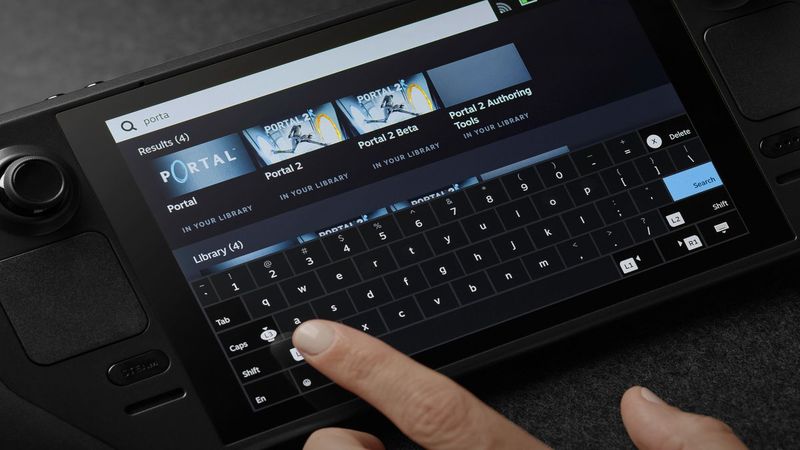 3.7
Valve may have made attempts to prevent scalpers from buying up all the Steam Deck pre-orders for its upcoming handheld system, Steam Deck, but it hasn't stopped opportunists from auctioning off their pre-orders.

Only Steam accounts that had been created and made a purchase before June 2021 were eligible to try their luck on the first batch of pre-orders, but that wasn't enough to prevent the servers from falling over the minute pre-orders went live.

It also seemingly wasn't enough to stop the scalpers, either. As many people missed out on the first lot of pre-orders – thought to despatch sometime in December 2021 – and may be waiting until as long as Q3 2022 for some Steam Deck models, sites like eBay are now full of auctions from those promising "December" or "Q1 2022" shipping.

Tempted to pick one up? Don't be. There's no way these auctions can guarantee anything, as all the pre-order does is secure you a place in line for when Valve finally begins to ship the handheld device, which may – or may not – be December or Q1 2021.

Also? The prices are absurd, with some opportunists trying to sell on their pre-orders for hundreds – and in some cases thousands – of dollars more than Steam Deck's recommended retail price.

And they are selling, by the way. As our pals at PC Gamer spotted, pre-orders are being sold for double their RRP, although it's unclear right now if that's because of the lengthy wait for some, or because pre-orders for these devices were only available in the US, UK, Canada, and the EU, leaving the rest of the world unable to secure a Steam Deck directly via Steam.

Almost as soon as Steam's reservation page for the device went live at 10 am PDT / 1 pm EDT / 6 pm BST, connection to the service became spotty. Several members of GR (including myself!) who were trying to get their personal pre-orders in found the process hung at the payment step, assuming they were even able to get that far. Some of us were even put on time out by Steam for attempting too many orders.

There are three units to choose from, ranging in price from $399 / £349 to $649 / £569 with improved specs to match. The handheld console uses a custom AMD Zen 2 APU to run it, with a quad-core Zen 2 CPU, and 16GB of Ram - which Valve says can comfortably "run the latest AAA games". It also has a battery life of two to eight hours depending on how demanding your gameplay session is and features a USB-C dock to connect it to external displays with up to 4K or 8K output.

Those who manage to get their hands on the console will also get a protective carry case for it, with the largest model also featuring an anti-glare etched glass screen.