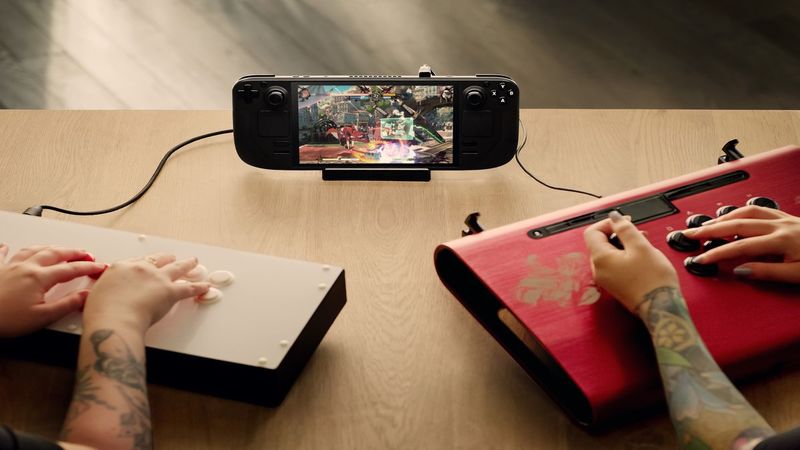 3.5
Everything we hear about Valve’s portable Steam Deck console makes us more and more excited, so here’s another excellent piece of info to help any prospective buyers on the fence make up their minds: Steam Deck is the first games console to have full “built-in” support for mods, including through Steam Workshop.

As every PC gamer knows, mods are the best thing about the PC platform and the reason it’s so much free than consoles – whether it’s turning Fallout: New Vegas into Star Wars, bringing Red Dead Redemption 2’s Armadillo back to life, or causing an A.I. revolution. Sony, Nintendo, and even Microsoft’s consoles all have to go through strict regulation, so none can be as free as PC.

However, as the Steam Deck is essentially a portable PC, it has full mod support. IGN spoke with Valve’s Greg Coomer and Pierre-Loup Griffais and asked them about mod support for the console, and Coomer confirmed, “you can really do anything that you would expect a [Linux-based] PC to be able to do… we’ve built this device to support all of that.”

Griffais adds, “the version of Steam that runs on this is the same version of Steam [on PC] just adapted with different UI and control. So all these features, Steam Workshop, and all that built-in support for mods will be there as well.” So if a mod’s on Steam Workshop it’ll be just as easy to subscribe and play it on Steam Deck as it is on a regular PC, and if it’s somewhere like ModDB or NexusMods then it should just be a simple matter of installing it – again, like on PC.

As Steam Deck is basically a full PC, Coomer and Griffais also add that users should also be able to install and download games from other storefronts – such as Epic, Ubisoft Connect, GOG Galaxy, or Origin.