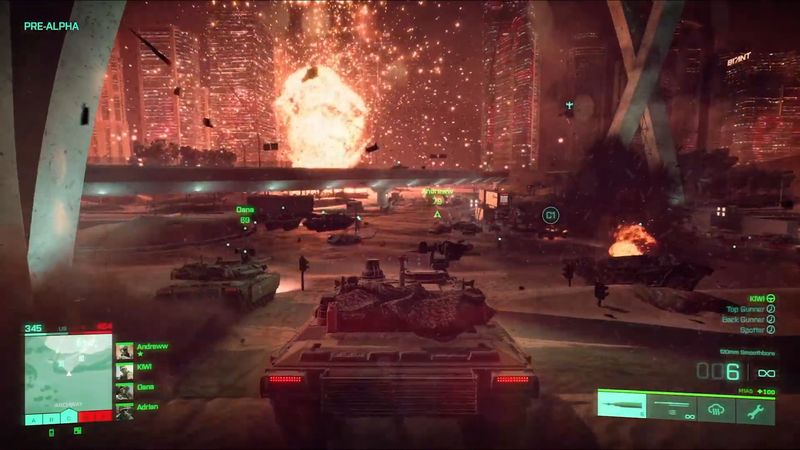 4.3
Electronic Arts and DICE announced a new component of Battlefield 2042 only a few short weeks ago that was met with a mixed reaction from the game's community. Namely, the multiplayer-focused title will include AI-controlled characters, or bots, to help fill servers to their maximum capacity. And while some wondered whether or not this feature would be able to be toggled off, those at DICE have now confirmed that this won't be the case.

In a new blog on EA's website, the use of AI teammates in Battlefield 2042 was broken down to a much greater degree. Specifically, the question related to turning off bots was brought up, to which DICE made clear that this isn't something that players can flip on or off at their discretion. "In the All-Out Warfare set of experiences of Conquest and Breakthrough, AI Soldiers are used to backfill servers and you cannot opt-out of playing with them," the blog post made clear.

And while that might sound like a bummer if you're someone who doesn't want to play with bots, there is a caveat to the situation. As a whole, Battlefield 2042 will only allow so many bots to be present within a single game. Because of this, there will never be such an instance where a game contains more AI characters than it does real players. "In general, you will not experience more AI soldiers than players unless the match is still filling-up, or almost empty," the post explained. "Players will always have matchmaking priority over AI."

Even though this feature might not be loved by everyone, DICE says that included bots in Battlefield 2042 will allow you to get into matches sooner than normal. And to that end, I imagine that many longtime fans of the series can't complain too much about putting into the action quicker than what may have been seen in the past.

If you didn't already have the date circled on your calendar, Battlefield 2042 will launch later this year on October 22. It will be releasing across PlayStation 5, PlayStation 4, Xbox Series X, Xbox One, and PC platforms.