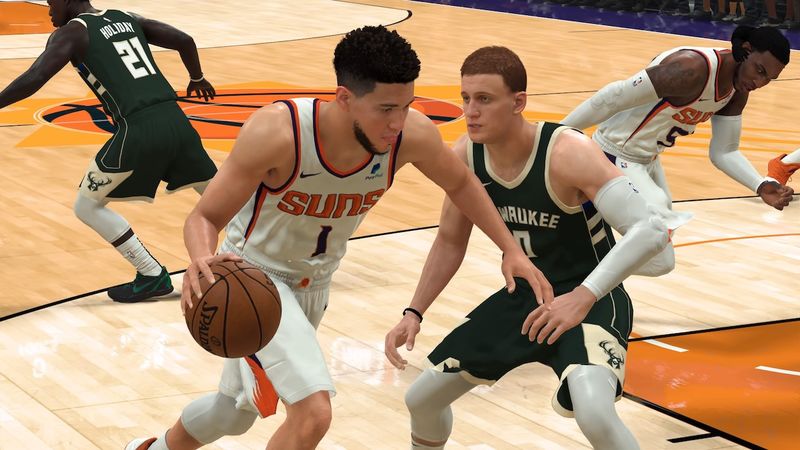 4.1
2K Games has announced the cover athletes for NBA 2K22, in addition to the full roster the Nintendo Switch, PC, PS4, PS5, Xbox One, and Xbox Series X/S game will sport when it releases worldwide on September 10, 2021. Leading the way on the cover of the Standard Edition and the Cross-Gen Digital Bundle is two-time NBA All-Star and Dallas Maverick player Luka Doncic. Meanwhile, on the cover of the "premium" NBA 75th Anniversary Edition are what 2K refers to as "a trio of the NBA's most impactful big men," also known as, Kareem Abdul-Jabbar, Dirk Nowitzki, and Kevin Durant.

"Making the global cover of NBA 2K22 is special for me,” said Doncic of the news. “I’m proud to represent my country in a special cover that honors the colors of the Slovenian flag. Basketball has given me so much, and I’m excited to give back and work together with 2K Foundations this year to help the lives of young kids around the globe.”

As alluded to, and as is the case every year, NBA 2K22 will offer various editions of the game in both digital and physical formats, or more specifically the following three formats:

The Standard Edition will be available for $59.99 on previous-gen platforms (PlayStation 4, Xbox One consoles, Nintendo Switch, and PC) and $69.99 on new-gen consoles (PlayStation 5 and Xbox Series X|S)

The Cross-Gen Digital Bundle will be available for $79.99 and grant players access to the Standard Edition across previous-and new-gen within the same PlayStation and Xbox consoles;

Nba should be a free to play game with optional purchases to further upgrade your my team or my career. First you buy the game for $90 cad and then you need to put another purchase in for VC in order to make you my player usable. Nba 2k= money grab.