YouTuber ‘fixes’ Switch Joy-Con drift with a piece of cardboard 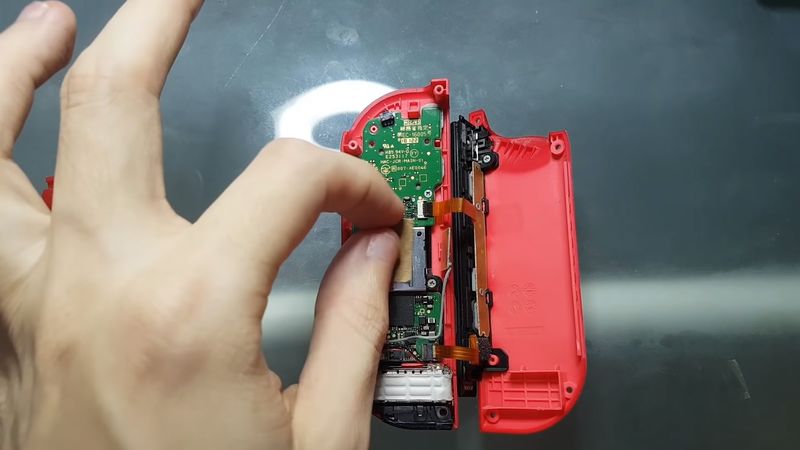 4.1
A YouTuber claims to have figured out how to solve Joy-Con drift by using a small piece of cardboard.

VK’s Channel has a video called ‘How to Fix Your Joy-Con Drift Permanently’, which suggests that pushing down on the plastic around the stick on the left Joy-Con immediately stops the stick from drifting.

The need, then, is to find a way to permanently put pressure on this area to make sure drift doesn’t happen.

According to the video (which can be seen above and starts the tutorial at 5:55), the solution is to open up the Joy-Con and add a tiny piece of card around 1mm thick underneath the stick’s metal enclosure.

The explanation given in the video is that over time the metal enclosure holding the stick becomes loose and separates from the stick, separating it from its contacts.

By inserting the card, this pushes the metal back upwards, allowing it to make contact with the stick again and remove drift, even if the stick has dirt and dust around it.

“There you go Nintendo, I fixed your problem, and here’s the point of failure,” the video concludes, showing the stick’s metal enclosure.

The group, which represents 44 independent consumer organisations from 32 countries, filed a letter of complaint with the European Commission regarding “a widespread infringement with Union dimension of EU consumer law, related to the premature obsolescence of the product called Nintendo Switch”.

This is such bullshit, we've come to literal cardboard fixing stick drift before Nintendo can do it...