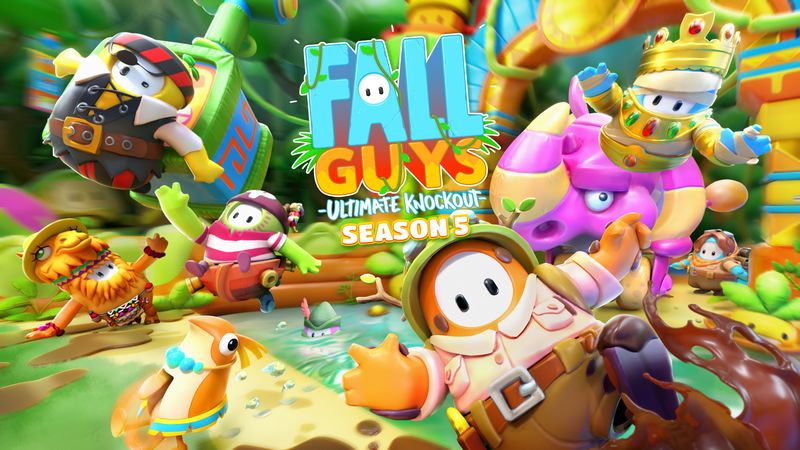 4
The theme for the next season of Fall Guys has been revealed.

As Fall Guys players have come to expect from the bumbling bean people simulator, every season in the game’s live service comes with a distinct theme.

Now, Fall Guys developer Mediatonic has revealed that Season 5 has a jungle adventure theme. The game’s official Twitter account shared an early look at the Season 5 art, showing a number of new skins. There’s the classic explorer attire, a pirate costume, and couple of other silly outfits.

The season art also shows some animals, and what look to be new obstacles, including the possibility of mud being a new addition.

You solved #BigJigsawus in 1 hour and 12 minutes...

The theme for Season 5 is JUNGLE ADVENTURE


The reveal followed a brief teaser where players were asked to solve a jigsaw puzzle on Twitter, which they did in just over an hour, revealing the theme of the new season.

We’re still not sure when Season 5 is going to start. Fall Guys seasons don’t follow set time tables; Season 4 has been the game’s longest so far, but I imagine the start date – and a new trailer – aren’t too far behind.

Season 5 already? Jeeeeez I literally played this game like one time how is it still going