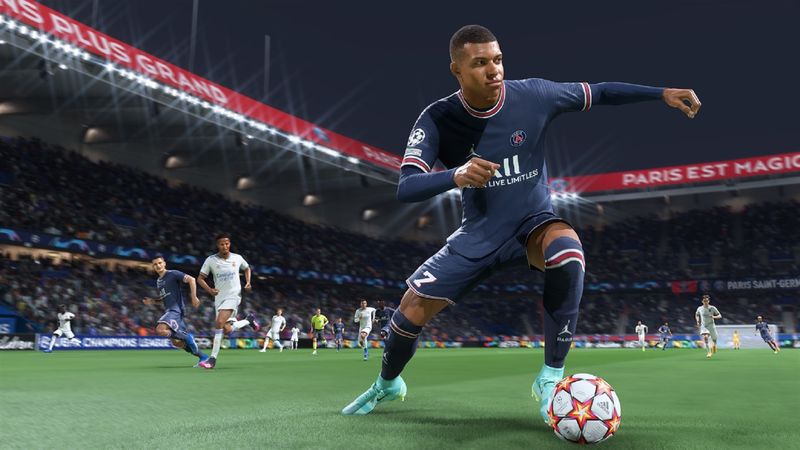 4.1
EA Sports has announced FIFA 22, and even with the game touting what’s looking like impressive new tech with HyperMotion Technology (on a few systems at least), the publisher has made a number of decisions with the game that haven’t gone down well with the masses. Even so, with the game’s launch in just a few months, we’re likely going to receive plenty more details on it in the coming weeks.

One of those details, pertaining to the game’s file size, has been made available. Thanks to the game’s listing on the Microsoft store, we know that on both, Xbox Series X/S and Xbox One, it will have a file size of about 50 GB. The two versions having the same file size is a little surprising, especially given that the Xbox Series X/S version is going to have a notable leg up over the Xbox One version, technically speaking. Probably you can expect similar file sizes on PlayStation consoles.

FIFA 22 launches for PS5, Xbox Series X/S, PS4, Xbox One, PC, Stadia, and Nintendo Switch on October 1. On Xbox Series X/S and PS5, the game is going to cost $70. Meanwhile, only the next-gen and Stadia versions of the game will have the new flagship improvements- sorry PC players (for the second year in a row). Meanwhile, unsurprisingly, the Switch is once again getting a “Legacy Edition” release.

I mean for a sports game it seems rather big but I really don't expect much. Game sizes are massive now, pretty much every game.