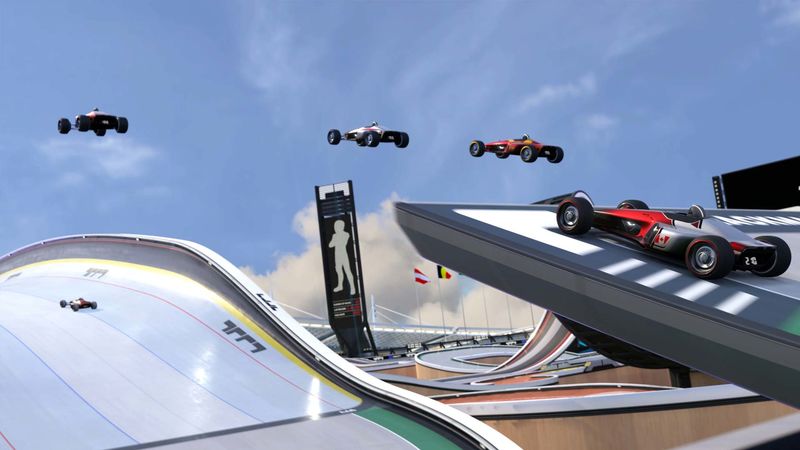 4.3
In late May this year, cheating allegations began to catch up with some of the fastest names in Trackmania. Following months of investigation by youtuber Wirtual and co-investigator donadigo, a video was posted containing damning evidence against seven of the top names in the game: including the hugely popular Trackmania streamer Riolu.

In Trackmania, records are everything, and this investigation showed that the cheating had gone on for longer than a decade, spanning multiple Trackmania games. You can read the full story here but, essentially, the cheaters had used software to 'play' the game at slower speeds, allowing for rates of input that would be impossible under normal conditions (one player confessed to Wirtual via DM that he used game speeds of between 40-80%).

The evidence here is damning, and developer Nadeo has now taken action. Studio head Florent Castelnérac has today announced that, having found a fix, the team has also analysed the past 15 years of Trackmania records to find the cheaters' records. The majority of the cheated records came from just 10 accounts.

We ran anticheat detection for 400k records made over the last 15 years on TMUF. The cheated records will be removed in the upcoming days, the majority were own by 10 logins.


Castelnérac went on to say that "by the way, if only one cheater would have told us, this would have been easily fixed. Sorry for the inconvenience toward all record hunters who may have spent so many hours against sometimes unfair competition."

Cheaters facing a little bit of justice always warms the cockles of my heart. Castelnérac also pointed out that, while he didn't want to get into the specifics of their anti-cheat measures for obvious reasons, "I wish to disclose that the number of fair records are above 99% and closer to 100%."

As for Wirtual, he's "happy to see Nadeo have looked into the cheating case thoroughly and are now taking appropriate action. Great work." Great work yourself fella.