Far Cry 6 rating hints at the darker side of Yara 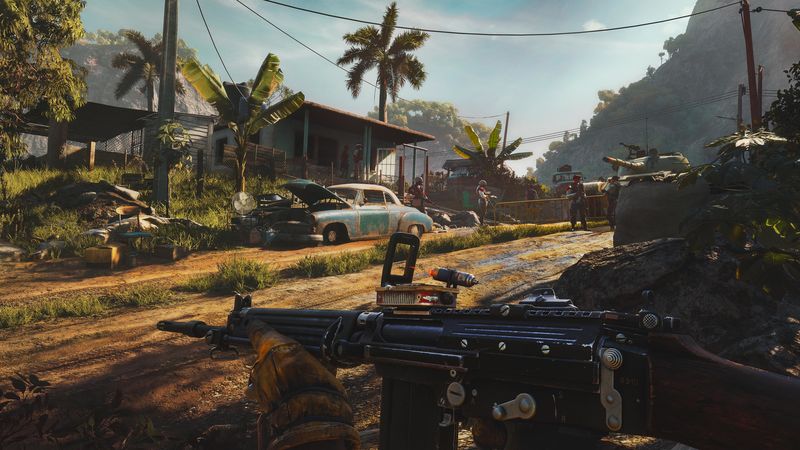 3.8
Far Cry 6 now has a full ESRB rating, and it's just as colourful as you might expect.

A provisional Mature 17+ rating was provided last month, but the full rating has now been posted on the American Entertainment Software Rating Board website. That Mature rating has been upheld, which is no surprise given the mentions of "intense violence," "strong language," and "use of drugs and alcohol" featured in the game.

The rating summary goes into plenty of extra detail. The use of firearms, flamethrowers, and explosives should come as no surprise to any Far Cry fans, nor the "frequent screams of pain [...] and blood-spatter effects during combat. Cutscenes get a little darker, however, with the rating describing prisoners being beaten and executions via firing squad, as well as "dismembered corpses or severed limbs amid pools of blood."

Elsewhere, it seems that player character Dani will find the opportunity for a little downtime on Yara, as in one cutscene, she's seen "drinking alcohol as the screen gets progressively distorted." The rating summary also references drug use, with depictions of drug packages and characters referencing illegal substances.

While things might get a bit bleak for Dani and the rest of Yara's resistance at times, the rating should come as no surprise for long-term fans of the series. Every single entry, all the way back to 2004's original Far Cry, has shipped with an M rating from the ESRB.

Far Cry 6 is due to release on October 21, but we've already learned a good deal about the upcoming game and its setting, the Cuba-inspired island of Yara. While Ubisoft is encouraging us to explore the new location, one thing that won't be returning is the series' map editor, as the developers want to focus on other aspects of the game. That includes a mystery Far Cry 6 endgame that will be revealed later this summer, as well as a Season Pass that will make villains from past games playable within Far Cry 6 .

"Far Cry 6 rating hints at the darker side of Yara" :: Login/Create an Account :: 0 comments