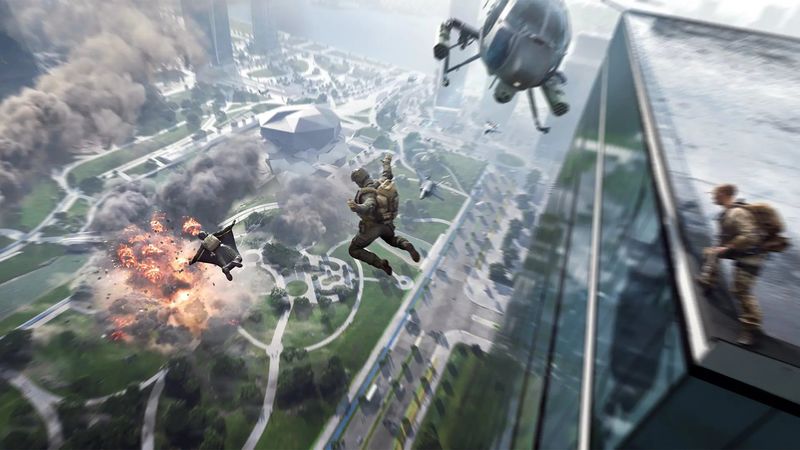 3.7
It's been officially confirmed that the new Battlefield 2042 mode pitched as a "love letter to core fans" will be bringing back classic maps from previous entries in the FPS franchise. We'll learn more during the digital EA Play showcase later this month, with a full unveiling planned for the show ahead of the game's PlayStation 5 and PS4 release date of 22nd October 2021. The new mode is being developed by the newly-named Ripple Effect Studios, formerly known as DICE LA.

Confirmation of this key detail now lends further weight to a leak from earlier this year that suggested the mode will be named Battlefield Hub and include classic guns, vehicles, and scenarios alongside the maps we have all come to know and love.

EA Play will take place on 22nd July 2021, which is where we'll learn much more. The publisher is also set to share more on Apex Legends as well as reveal the rumoured Dead Space game, if recent reports are to be believed. Which classic Battlefield maps do you hope are included? Pray for Operation Metro in the comments below.