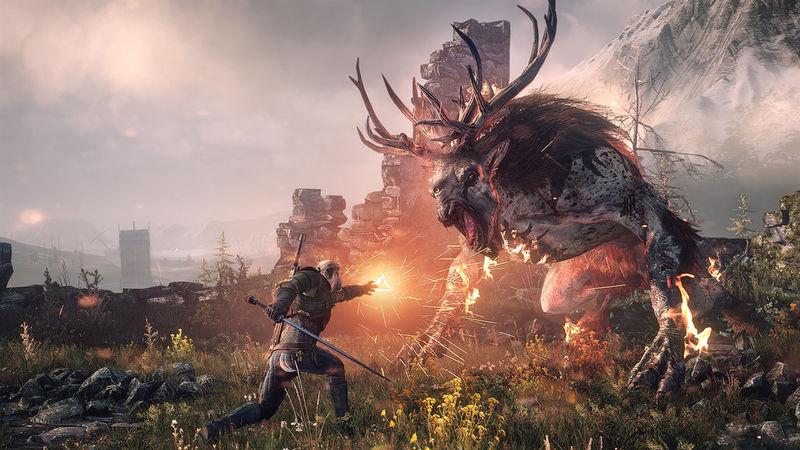 4.3
The next-gen iteration of The Witcher 3: Wild Hunt is going to contain more than just graphical and performance upgrades. Revealed today as part of the ongoing WitcherCon event, developers from CD Projekt Red revealed that the new iteration of the beloved RPG will contain some new add-on content that hasn't been seen before. And specifically, this new DLC will tie in with Netflix's The Witcher TV series.

CD Projekt Red announced that The Witcher 3: Wild Hunt on PlayStation 5, Xbox Series X, and PC will include new content that is associated with the TV show. Specifically, these new items will be cosmetic and will allow players to change the appearance of their character, likely to more closely reflect how Henry Cavill's version of Geralt looks in the series. Although we weren't given a look at these new in-game items, the studio did reveal a new piece of key art for the next-gen iteration of the title.

The Witcher 3: Wild Hunt next-gen update is coming to PS5, Xbox Series X/S, and PC this year! Here’s a sneak peek of our updated cover art.


For now, the biggest question surrounding the next-gen version of The Witcher 3 comes with its release date. At this current moment, CD Projekt Red hasn't said when it will be arriving but it has reiterated that the game will launch at some point in 2021. The studio also indicated that more news on this version of the game will be coming soon. As such, it seems as though we could get more information on the title in the near future as WitcherCon continues onward.