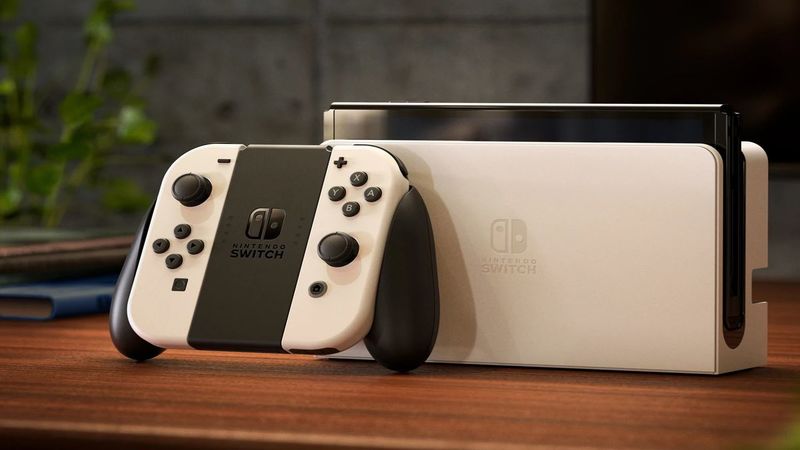 4.4
While the Nintendo Switch OLED's main attraction is its new screen, that isn't the only improvement that the console will offer when it releases. The system will be accompanied by a slightly redesigned Dock, which also includes a LAN port. Switch fans that rarely play the console in handheld mode will be interested to know that Nintendo plans on selling the new Dock separately. In a statement provided to Digital Trends, Nintendo confirmed that it will offer the new Dock completely on its own via the Nintendo Online Store. No price point or release date for the standalone unit was revealed, however.

"The white dock and black dock will be sold separately (no HDMI cable, no AC adaptor, not in a package) on the Nintendo Online Store. It will not be sold at retail," Nintendo told Digital Trends.

Nintendo sells the current version of the Dock in a similar manner on its website, which is helpful for those that might want one in multiple rooms in the house. The original model sells on the store for $59.99 (it's currently out of stock), but it's unclear whether or not the OLED model will cost the same amount. Old and new docks will work with either version of the Switch hardware.

It will be interesting to see how the Nintendo Switch OLED performs when it releases later this year! The Nintendo Switch has been a massive success for Nintendo, and it's not hard to imagine a lot of people purchasing the new model. The OLED screen and redesigned Dock might not be enough to convince some to upgrade, but those that haven't purchased a Switch yet will likely be inclined to spend the extra $50. The system releases the same day as Metroid Dread, which will likely prove to be an expensive day for a lot of Nintendo fans. Of course, some might decide to just stick with buying a new Dock, instead!

The Nintendo Switch OLED will release on October 8th.

News on this gets worse and worse