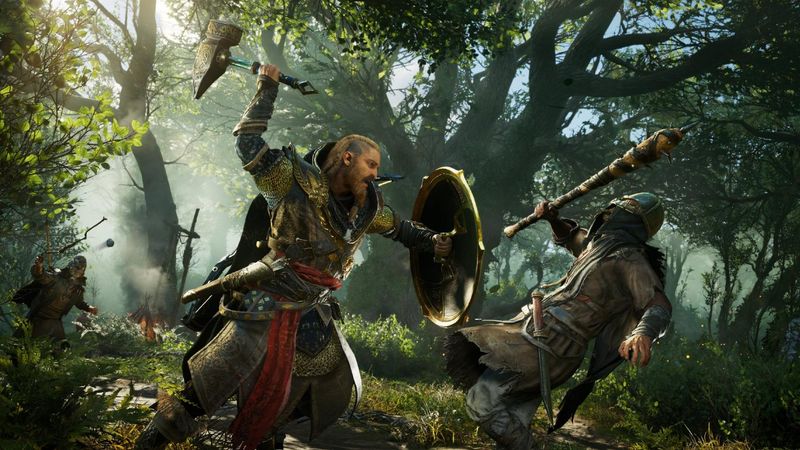 Ubisoft offered few details on specifics, writing that the switch in format "is an opportunity for one of Ubisoft’s most beloved franchises to evolve in a more integrated and collaborative manner that’s less centered on studios."

Original: According to a report from Bloomberg, the next Assassin's Creed game will be live service. The working title for the new entry is reportedly Infinity.

The report states that this next Assassin's Creed will grow and develop over time, starting out with various different historical settings while new ones will be added for players to explore in subsequent updates.

This new project is being helmed by both Ubisoft Montreal and Quebec. However, "several men accused of abuse remain in charge" according to Jason Schreier.

Infinity is reportedly inspired by Fortnite and GTA5 in that it will be a living, online platform with new content frequently being added. Given this change in approach, the way that Assassin's Creed is being developed will also change.

In prior years, thousands of employees across dozens of offices led by those in Montreal and Quebec alternated in development. For instance, last year's release, Valhalla, came from Montreal while the prior title, Odyssey, was captained by Quebec. Now, the two studios will collaborate with a creative director appointed to lead production. However, Quebec will now be in charge of the franchise as a whole.

While a spokesperson for Ubisoft refused to talk about Infinity in detail to Bloomberg, they did confirm its existence, stating that the company aims to "exceed the expectations of fans who have been asking for a more cohesive approach to the series."

Meanwhile, despite the fact that those accused of racism and sexual misconduct are still working at the company, the spokesperson also said that Ubisoft has investigated every allegation, taking appropriate actions. She said, "Employees who have been under investigation would not remain at Ubisoft if results of investigations warranted termination."