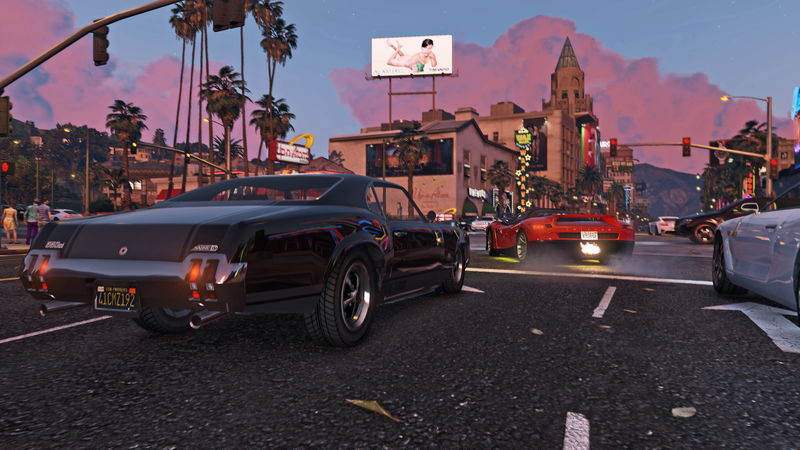 4.3
It has been more than eight years since the last Grand Theft Auto game, which is the longest gap between games in the series' history by a considerable margin. One leaker with a solid track record has shared some information, however, that says wait until Grand Theft Auto 6 releases won't be over until 2025--something which Take-Two's statements during a recent shareholder event backed up recently. It's no wonder they're bringing GTA 5 to PS5 and Xbox Series X|S.

Tom Henderson--who previously leaked Call of Duty and Battlefield 2042 details--has released a new video and in it, he claimed that GTA 6 will be set in a modern-day version of Vice City. This runs contrary to previous reports that GTA 6 would be set in the 1980s, with Henderson claiming that developer Rockstar wants to ensure as much freedom as possible for its staff when it comes to creating content for GTA Online.

Henderson also discussed a potential for the GTA 6 map to change over time, similar to how Epic Games regularly overhauls its Fortnite map during end-of-season events. There was also a mention of GTA 6 having multiple playable characters, something which GTA 5 introduced to the series when it first came out. Even if these rumors are true, fans are going to be in for a long wait due to several factors. Henderson said that Rockstar has placed a greater emphasis on employee wellbeing in the wake of several reports detailing the crunch work conditions that were implemented before Red Dead Redemption 2 came out.

The new GTA is believed to be coming to the PS5, Xbox Series X|S, and PC and, as they are new to the market, Rockstar is allegedly waiting for more systems to be sold so as to maximize sales. Henderson also added that since Rockstar wants to avoid delaying the game, GTA 6 won't be announced early and thanks to the constant revenue stream of GTA 5, Rockstar has the luxury of being able to take its time with development on this sequel.

It's worth being skeptical of any GTA 6 reports until Rockstar officially reveals the game, but these claims do line up with some previous leaks. To keep up to date with gaming's current Pepe Silvia, you can check out our hub of GTA 6 rumors and fan speculation.

Bet this will just be their excuse for releasing a bland unfinished game.

ah yes, overhyped game gets a different map every now and then.
If its got anything similar to gta:o its gonna be hot garbage

at this point idec lol I just want the game !

i wouldnt call it fortnite like evolving map, since fortnite doesnt evolve the map just adds to and removes/destroies areas.

but since we have the hardware to do it and that is if rockstar updated rage engine then i can see it happening, as long as they add to the map and not do what forttrash does by adding to/destroying parts of the map