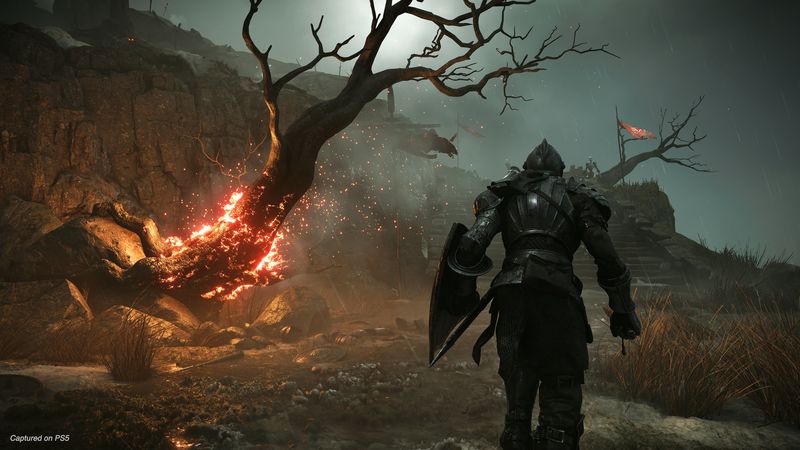 4.2
Sony already announced one PlayStation Studios acquisition this week by confirming that Housemarque, the developer of Returnal, was now part of the team, but it looks like that’s not the only PlayStation Studios change that’s taken place. The PlayStation creators have apparently acquired Bluepoint Games, too, a developer that’s long specialized in remakes and remasters and has a history of working closely with PlayStation on those kinds of projects.

The supposed acquisition of Bluepoint Games was announced similarly to how the Housemarque news was shared, but it seems the Bluepoint announcement wasn’t supposed to go out just yet. The Japanese PlayStation account on Twitter tweeted out the image below which looked almost identical to the one that was shared whenever Housemarque was acquired. The key differences between them were that the Bluepoint one naturally said “Bluepoint Games” instead of “Housemarque,” and in the Bluepoint image, the default Demon’s Souls character was shown next to Selene from Returnal.

..so apparently PlayStation Japan uploaded the wrong image with their first tweet on Housemarque's acquisition, and it actually mentions a Bluepoint acquisition pic.twitter.com/yQBHtLbG5c


The tweet in question has since been deleted, but not before people were able to capture it and reshare it online. One acquisition is already confirmed while Bluepoint’s seems to be settled now, too, but it appears the latter wasn’t supposed to be announced just yet.

Assuming that’s what happened, it shouldn’t be long now before we hear that Bluepoint has officially been acquired by Sony. Keeping the two announcements separate would make sure neither studio gets its thunder stolen even if that’s happened in a way because of the leak, but we probably won’t have to wait long for the second announcement regardless.

Bluepoint is known for its work on a number of different projects over the years including remastered ports of Uncharted games that made up Uncharted: The Nathan Drake Collection, but two of the projects the studio is best known for happened in the past couple of years. Those were the remakes of Shadow of The Colossus and Demon’s Souls, the first of which was released for the PlayStation 4 while the Demon’s Souls remake was only on the PlayStation 5. The remake of Demon’s Souls was co-developed by Bluepoint and Japan Studio despite the game itself first being developed by FromSoftware.

When the Housemarque news was announced, it was accompanied by a PlayStation Blog post with commentary about the acquisition from the studio’s co-founder and hints of big things to come in the future. The same should be expected from Bluepoint whenever that news is formally announced.

At some point will play this.

Jesus Christ the graphics is nuts, for sure will pick this up.