GTA 6 May Have "Evolving, Modern-Day Vice City", According To Insider 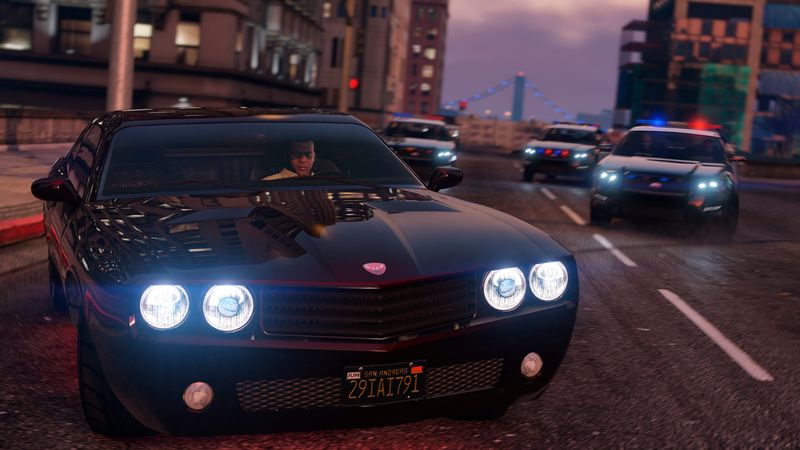 4.5
GTA 6 has become one of the most anticipated games of the 21st century, with fans eagerly awaiting any information they can get from Rockstar Games on the next instalment of the massive franchise.

Although Rockstar has been tight-lipped about the next game in the series, there has been plenty of leaks and rumors. Many of them have been questionable, but we may finally have some credible information on the hotly anticipated GTA 6 from a trusted source.

Tom Henderson, a reliable leaker when it comes to AAA titles such as Call of Duty and Battlefield, has revealed that GTA 6 may be heading back to Vice City with an evolving map, modern-day setting, and female protagonist.

The trusted insider took to YouTube to clear up some rumors surrounding GTA 6, and share with the world what information he has regarding the next game in the series.

To begin with, Henderson claims that GTA 6 will take place in a modern-day Vice City, and this is for one main reason – GTA: Online. If GTA 6 were to return to the 80s or 90s, it could cause difficulties in the implementation of the game with the online mode.

With GTA: Online bringing in billions in terms of revenue, Rockstar Games will look to continue the popular multiplayer game with GTA 6. Of course, anything other than a modern-day setting would restrict what can be included in the multiplayer. Many fans will be aware the GTA: Online has got some rather wacky vehicles and weapons, all of which would not be possible in an 80s setting.

Henderson goes on to state that Vice City will be returning in some capacity, but the map is not expected to be as large as previous leaks make it out to be. However, the map is expected to “evolve” with DLC and possible events.

The insider compared the “evolving” Vice City to how Fortnite’s Battle Royale map changes with various live events and seasons. According to his source, fans could expect new areas and locations to arrive in Vice City with each DLC.

As for an element fans will be familiar with, Henderson claims that GTA 6 will also feature the return of multiple playable characters throughout the campaign. One of the characters is reportedly a bright, responsible female protagonist who handles the technology and hacking side of the crime.

Finally, the piece of information fans have been begging for, the release date of GTA 6. Unfortunately, if Henderson’s claims are to be believed, it’s not good news. Due to multiple reasons, GTA 6 may not arrive until 2024 or 2025.

Many fans will assume that the reason for this is because the title is still in early development, but Henderson claims that isn’t the main reason. He states that Rockstar is reportedly focusing on employee wellbeing, and attempting to prevent long, harsh working hours.

As well as this, GTA 6 will likely only launch for the PlayStation 5, Xbox Series X|S, and PC. Of course, there is currently a massive shortage of next-gen consoles, which may last for quite some time. This means Rockstar Games are going to target a release date that will allow them to get their game into as many hands as possible, which simply can’t happen with the current console shortage.

One good piece of information that comes with the far away release date is that Rockstar Games reportedly will not be delaying the title, and will only announce a release date once they are 100% confident that it is achievable.

Now, it’s important to remember that none of this information is official. Tom Henderson even states that he isn’t known for GTA 6 leaks, so his source may not be as reliable as they usually are for games such as Call of Duty and Battlefield. So, even though Henderson has been correct about various leaks in the past, take this information with a grain of salt.

"GTA 6 May Have "Evolving, Modern-Day Vice City", According To Insider" :: Login/Create an Account :: 0 comments