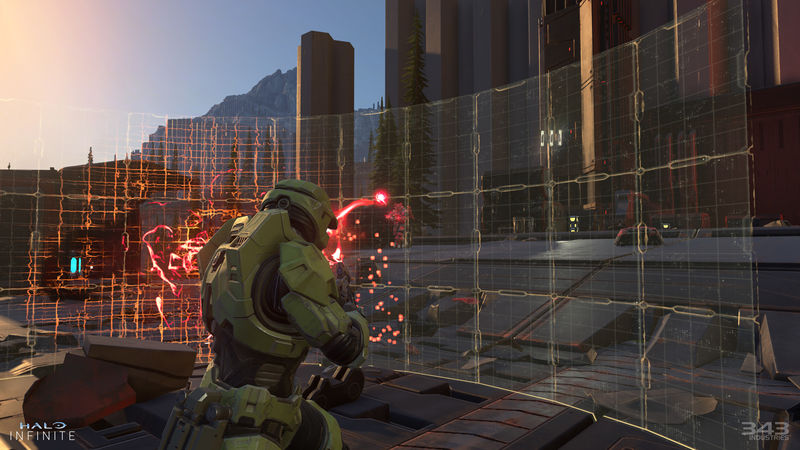 3.5
343 Industries doesn't want players to feel like they have to "grind it like it’s a job" to complete Halo Infinite's seasons and battle passes. In the latest Inside Infinite, developers from 343 Industries discussed some of the multiplayer content revealed over the past few weeks.

In the blog post, live team design director Ryan Paradis and lead progression designer Christopher Blohm discussed how Halo Infinite will be handling regular content updates. They said that Halo Infinite's seasons will last for roughly three months because it regularly gives players new content to enjoy without there being constant changes.

In addition to that Blohm said, "We want players to have cool content, activities, events, and rewards over the course of the season, but we do not want to demand that players play a ton of hours every week of the season to complete everything. We want players having fun in Halo, not grind it like it’s a job."

Another key component to avoiding Halo Infinite from feeling like a grind is that battle passes will never expire. Even after the first season ends, players will be able to purchase and level up the season one battle pass.

"We looked at other titles, where you buy something that provides time-limited access to the pass, and now you feel obligated to play… That’s not fun, and it’s not player-first," Paradis said. "If you put the trust in us, and purchase something from us, it’s yours. No strings attached."

Throughout each season there will be events--much shorter experiences with new rewards for players to earn. These events will come with special reward tracks, which Blohm said will be free. The samurai-inspired armor shown during the multiplayer reveal trailer is part of a Fracture event, which are specially-themed events with customizations outside the regular Halo canon. Blohm said that the regular battle passes and "other main vectors" will provide canonical customizations.

They also said that gear can be acquired in a number of ways outside of the paid and free tiers of the battle pass. Gear can be earned from challenges, skill rewards, event reward tracks, legacy rewards, and campaign rewards.

Halo Infinite launches Holiday 2021 on Xbox One, Xbox Series X|S, and PC. The multiplayer will be free-to-play and the campaign will launch the same day on Xbox Game Pass. Xbox boss Phil Spencer has said that he is confident Halo Infinite will hit that release window and that it has been narrowed down to just a few weeks.

I love the mcc pass, but i hope they make points to spend more openly avaliable to get.
As after level 100 you dont get more from levels and some challenges for points are very grindy

That's a good mindset. I was forcing myself to play games like apex just because of the battle passes. Granted i was having fun but knowing in the back of your mind that you gotta finish it kind of annoys me for the most part.

I wasn't a major halo 5 fan but i'm looking forward to grinding this game out.

Glad they are doing this for Infinite just like they have been doing for MCC. I just hope completing the battle pass isn't as flawed as MCC.

This is honestly great. A lot of games really do make it like a job. Looking at you Destiny