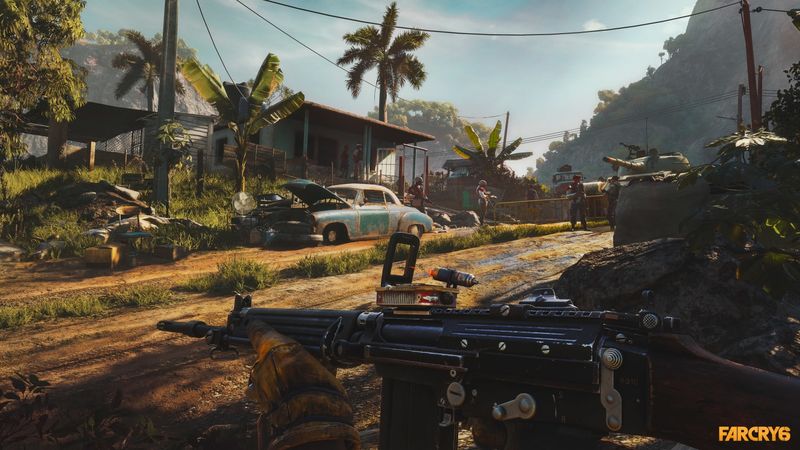 4.3
The launch of Far Cry 6 still feels so far away. Set to hit stores October 7 this year, it will be the first main series title since 2018.

It seems that Ubisoft is throwing its all at the latest instalment, as it has recently come to light that a whopping 12 of its internal studios are working on the game.

This news comes from Far Cry 6’s audio director, Eduardo Vaisman, who recently shared a list of all the studios working on the game in a tweet. While the project is lead by Ubisoft Toronto, it’s also involved the work of other studios across Canada, as well as bases in Ukraine, Germany, The Philippines, China, and more.

When we say #FarCry6 is a global collaboration, we mean it 😊 pic.twitter.com/sSPFSugYBA


Ubisoft has 40 studios all together (totalling 19,000 employees), meaning more than a fourth of its team has been working on Far Cry 6. This is all the more staggering when you consider how many other projects the company has taken on recently, such as Avatar: Frontiers Of Pandora, Rainbow Six Extraction, and Mario + Rabbids Sparks Of Hope.

Fans eagerly awaiting Far Cry 6 were in for a treat this E3, as Ubisoft unveiled new gameplay footage. The game is set to feature a wide array of weaponry, as in the trailer we saw everything from crossbows, knives, snipers, and even tanks used to take out enemies in the fictional country of Yara. Overall, it looks like players will be given a lot of variety when it comes to combat.

That wasn’t the only Far Cry-related announcement at E3. During the Ubisoft Forward showcase, it was also revealed that a remaster of Far Cry 3: Blood Dragon will be included in Far Cry 6’s season pass. This standalone expansion originally released in 2013, and takes place in a retro-futuristic world dripping with 1980s nostalgia. The expansion is also getting a TV adaptation called Captain Laserhawk: A Blood Dragon Remix, which is coming to Netflix at some point in the future.

Does this headline cry "this game is gonna flop" to anyone else?

Even more sad if it's just like every other ubi game