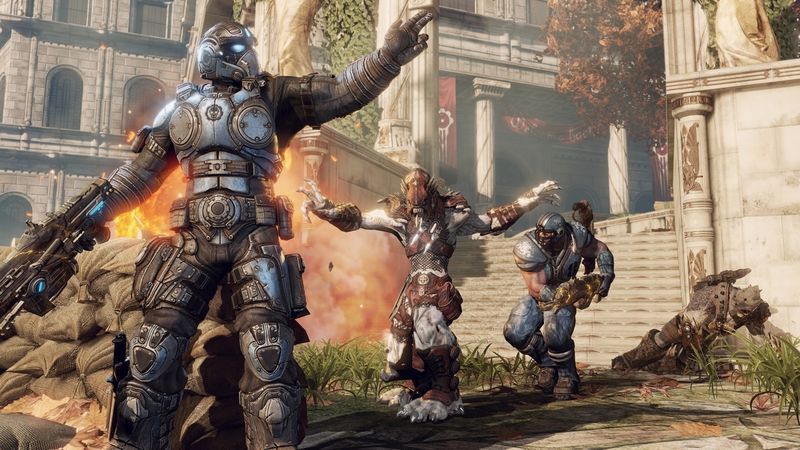 4
Cliff Bleszinski, the veteran designer behind the first three Gears of War games and projects from his now-defunct studio Boss Key Productions, is working on a brand-new, unannounced IP, he confirmed on Twitter.

Bleszinski gave no other details about the project, including potential platforms, release window, or genre. Bleszinski confirmed he has recruited writer Alex de Campi and artist Sandy Jarrell for the IP.

NEWS: I'm officially collaborating with @alexdecampi and @sandy_jarrell on a new IP.

That's all I can say for now.

They're both fantastic to work with!


Bleszinski, colloquially known as CliffyB, has had a rough go in the games industry since re-entering in 2014, having previously retired from Epic Games in 2012. He founded Boss Key Productions in April 2014 and launched two titles: 2017's gravity-defying first-person hero shooter Lawbreakers and 2018's '80s-themed battle royale shooter Radical Heights. Both games failed commercially (despite Lawbreakers receiving a warm critical reception), which led to Boss Key shuttering in 2018. This came just one month after Radical Heights launched, effectively killing support for both titles.

Bleszinski is also known for his work on Unreal and Unreal Tournament, the two '90s shooters that put Epic Games on the map and were responsible for the birth of the Unreal Engine. He also had a hand in other well-known Epic Games projects, including the aforementioned Gears of War series, 2009's Shadow Complex, and 2011's Bulletstorm. Bleszinski also co-designed a Superhot level.

"Gears of War Creator CliffyB Is Working On A Brand-New IP" :: Login/Create an Account :: 0 comments