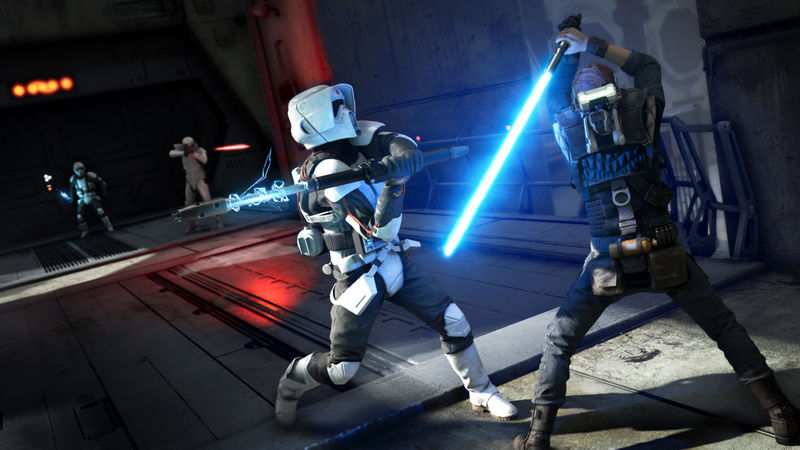 4
Ubisoft's upcoming open-world game set in the Star Wars universe is now dealing with a pretty major development shakeup at Massive Entertainment, which is the studio working on the project. Specifically, one of the key figures at the company has recently revealed that he will be departing from Massive to go elsewhere within Ubisoft. And while it's uncertain how this will affect the Star Wars project directly, from the outside looking in, it seems to be a pretty major change.

Detailed in a new blog on Massive Entertainment's website, it was revealed that Managing Director David Polfeldt is now going to be "moving on to pursue other challenges at Ubisoft." Polfeldt has worked at Massive since 2005 and served as the studio's Managing Director for the past 12 years since being picked up by Ubisoft. Polfeldt is specifically going to step down from this position on July 1 and will then take six months of time off before then returning to Ubisoft to work "in a new strategic role."

While this might seem to be a cause for concern when it comes to the company's Star Wars title, Polfeldt has actually expressed anything but caution. In fact, he specifically noted that acquiring the rights to work on a Star Wars game is partially what led to him stepping down in this manner. "When we signed Star Wars, and finally completed our beautiful building Eden in 2020, I felt an overwhelming sense of completion, as if I had achieved everything I once dreamt of," Polfeldt said in an accompanying statement. "Standing on the solid foundation of The Division, Avatar, Snowdrop, and Ubisoft Connect, the studio is in fantastic shape, and I am exceptionally grateful for what we have accomplished together."

For now, there's virtually nothing we know about Ubisoft's Star Wars game outside of the notion that it will take place in an open world. And with that in mind, we also have no clue as to when it might release. Considering that its development is still very early on, however, this seems like a title we might not see for a few more years. Whenever it does launch, though, you can likely bet on it coming to PlayStation 5, Xbox Series X, and PC.