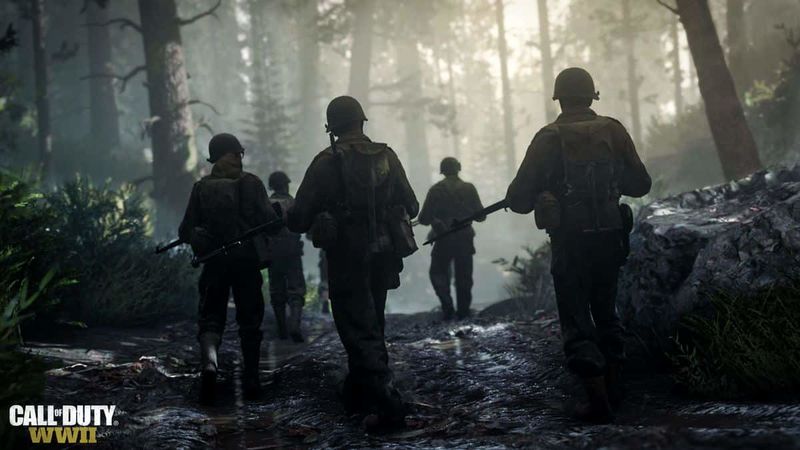 4
A Call of Duty insider has revealed new COD 2021 details, courtesy of some unreleased footage. Unfortunately, the insider didn't share this footage, but they did relay the takeaways from what they saw, which sounds like only a slither of the PC, PS4, PS5, Xbox One, Xbox Series X, and Xbox Series S game that has yet to be revealed, but is expected to release this holiday season.

The details come the way of prominent Call of Duty leaker MW2 OG, who confirmed the game -- believed to be Call of Duty: Vanguard -- is a World War II game, which is in stark contrast to the 2042 setting of Battlefield 2042.

To this end, they claim the game's HUD, at least how it's currently implemented, looks like the HUD of World at War, 2008's installment. In the little bit of gameplay they saw, they also got a look at a few weapons: the Kar 98, a WW2-era trench shotgun, and Molotovs.

Unfortunately, this is more or less where the insight and details end, but MW2 OG does relay word that they've heard that popular mode Headquarters -- might -- be coming back with this year's installment. That said, this wasn't seen in the footage.

For now, everything here should be taken with a grain of salt. While MW2 OG has built a reputation as a reliable leaker and insider, none of this been validated or even substantiated by any other prominent Call of Duty leaker. As would expect, MW2 OG doesn't name their source or reveal how they came across this footage.

As it always does, Activision isn't saying zip about any of this. It never comments on rumors, reports, leaks, or speculation. It never has, and it probably never will, but if it does, we will update the story accordingly.