If you missed the trailer, it was a pretty standard CGI affair. That said, while the trailer itself wasn't over-the-top exciting for those desperate to see what Starfield actually is, it does seem to have a pretty massive Easter Egg for fans of The Elder Scrolls.

In the trailer, we see a character flying a ship. Etched on the side of the control panel of this ship is a little drawing. At first glance, it looks like scrapped paint. However, if you zoom in, it looks a lot like the map of High Rock and IIiac Bay. In fact, it's almost impossible to ignore the resemblance. 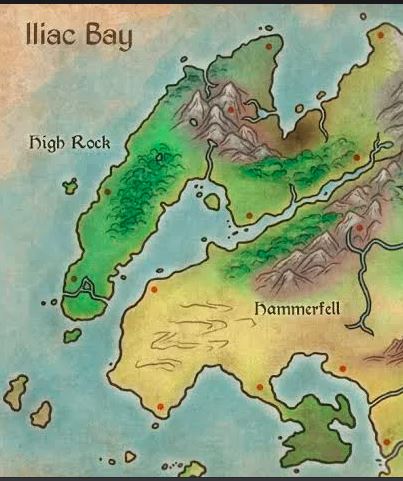 Now, it's possible this is nothing but a massive coincidence. It could also be Bethesda Game Studios having a little fun with the rumors, which have suggested the series is heading to High Rock with The Elder Scrolls 6. It could be either of these things, but it could also be a nod and a wink.

For those that don't know: High Rock is the northwestern-most region of Tamriel that borders Hammerfall and Skyrim. Home to the Bretons (sometimes referred to as man-elfs due to their mixed blood), it's a province of the Tamrielic Empire.

Unfortunately, for now, Bethesda is saying nadda about any of this, which perhaps suggests there's something to the speculation. That said, for now, take everything here with a grain of salt.