Marvel's Guardians of the Galaxy Won't Have Microtransactions or DLC 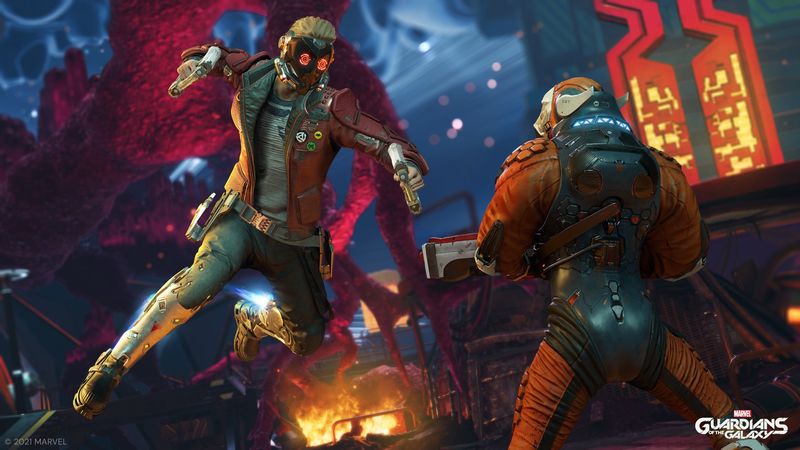 4.1
The world of Marvel gaming just got a major update on Sunday, with the confirmation of a long-rumored Guardians of the Galaxy video game. The Square Enix and Eidos-Montreal title brought a lot of preview content to Sunday's E3 presentation, including a trailer, gameplay footage, and confirmation of a release date and early preorder details. Fans were (understandably) overwhelmed by all of the information, and also had a lot of questions about other details of the game — namely, whether it could feature additional downloadable content or microtransactions. In a Q&A with ComicBook.com and other press, Eidos-Montreal senior narrative director Mary Demarle confirmed that neither element will factor into the game, in order for fans to get the most complete experience of playing the game when it launches.

“There isn’t going to be any DLC for this game, there isn’t going to be any microtransactions, and that’s because, for us, it’s very important that on day one, when players get this game, they can have access to everything there is about this game and to experience it,” Demarle revealed. “So right off the bat, they can get all the costumes or outfits that are available. They can find all the abilities as they progress through the game. It’s all there.”


This will probably be seen as good news for some Marvel fans, especially those who were underwhelmed by the way Square Enix handled the release of Marvel's Avengers last year. The game featured a significant number of microtransactions and unlockable content, and was criticized for having a relatively small main campaign, which has since seen the release of multiple DLCs.

In Marvel's Guardians of the Galaxy, fire up Star-Lord’s jet boots for a wild ride across the cosmos in this fresh take on Marvel’s Guardians of the Galaxy. With the unpredictable Guardians at your side, blast your way from one explosive situation to another, with both original and well-known Marvel characters caught in a struggle for the fate of the universe. You got this. Probably.

Marvel's Guardians of the Galaxy is set to release for PlayStation 5, PlayStation 4, Xbox Series X|S, Xbox One, and PC later this year on October 26th. It is available to pre-order now wherever such things are sold, and pre-ordering the title gets an outfit pack full of throwback outfits for the Guardians.

Well that's good for no microtransactions