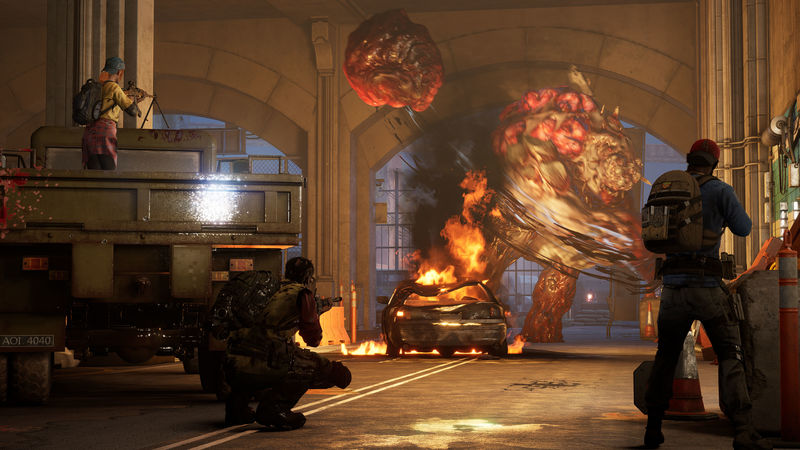 4.5
Paid DLC for co-op shooter Back 4 Blood will be available to all party members as long as the leader of the party owns it developer Turtle Rock Studios confirmed during its E3 2021 livestream. This includes new maps and gameplay additions.

E3 host Greg Miller tweeted two screenshots from what appears to be Back 4 Blood's official support page. The images read, in part, that as long as the party leader owns any paid content drop, other members can play it for free as well. It's worth noting that this refers to the game's PvE content, not PvP.


Still, any content drop that the leader pays for--including maps, campaign add-ons, and gameplay additions--will be made available to other members.

All PvP DLC, though, will be free for everyone through in-game progression. Furthermore, every player has access to the same cards at the start of a match, ensuring that DLC owners don't get an unfair advantage in PvP.

Back 4 Blood launches on October 12 for PC, PlayStation 4, PlayStation 5, Xbox One, and Xbox Series X|S. An open beta goes live on August 5.

Wow this is a **** awesome idea! Imagine they did this back in the day during cod, that would've been too great.